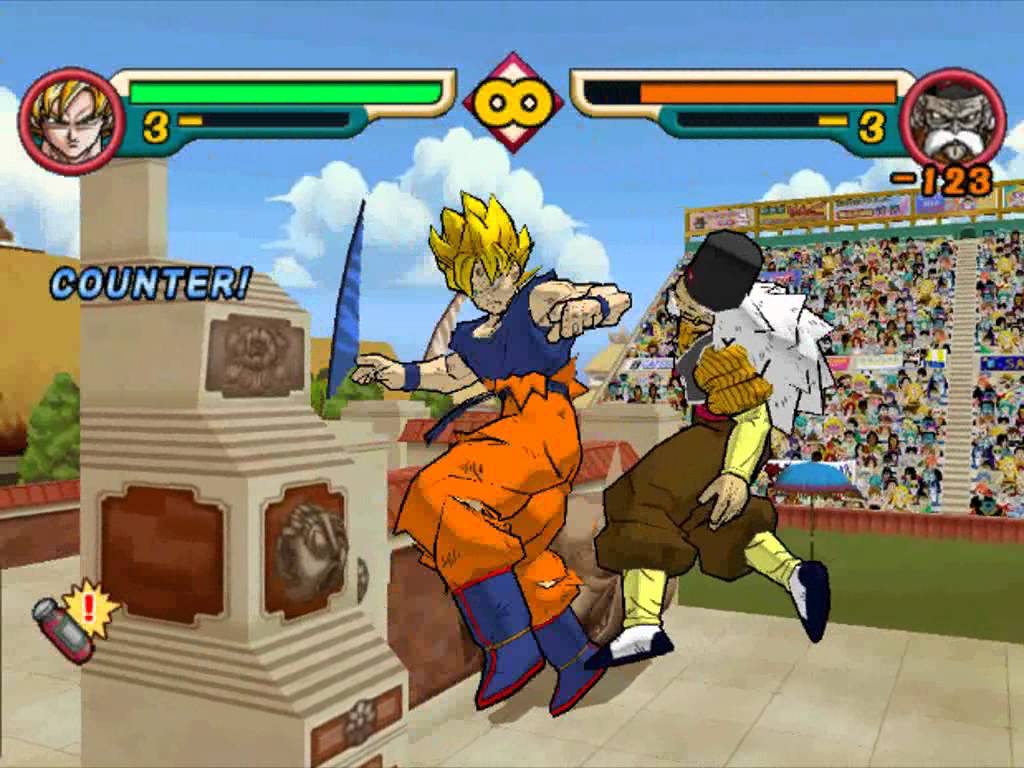 The 90’s and the early 00’s was a great time to be a fan of the DBZ series especially considering all of cool games that we got from ‘02 onwards. The success of Dimps Dragon Ball Z: Budokai which appeared on the PS2 and GameCube between ‘02-‘03 was followed by the development of sequel which came out shortly after. Dragon Ball Z: Budokai 2 was by Dimps and published by Bandi in Japan and Atari worldwide. The gameplay for Dragon Ball Z Budokai remained similar to its predecessor for the most part. However, when it came down to character designs we ended up getting cel-shaded graphics which opposed to realistic 3D models. The inclusion of cel-shaded graphics for DBZ: Budokai 2 was seen a plus by some because it made the game look more like an anime in comparison to its prequel. One of the biggest drawbacks of DBZ: Budokai 2 was the absence of a cinematic driven story mode in exchange for a board game with dialogue between different characters. The storytelling in the original ‘02 Budokai was compelling and kept players on the edge of their seats from the Saiyan thru the Cell saga. While having the Buu saga in Budokai 2 was a good thing the board game story mode was not nearly as exciting as the previous installment.

Aside from the story mode there was a Duel and Tournament mode along with a Skill Shop that players had access to for character editing. Popular characters from the series such as: Goku, Vegeta, Gohan, Trunks and more were featured in Budokai 2 along with villains such as: Frieza, Cell and Majin Buu. However, the quality of Budokai 2 was hurt by lack of innovative game modes along the fact that the developers failed to make strong modifications to the gameplay in comparison to the 2002 predecessor. While DBZ: Budokai 2 is not a horrible game it definitely pales in comparison to the first & third installments within its series from ‘02-‘04. DBZ: Budokai 2 was fun game to play overall back in the mid 00’s but its somewhat forgettable since the quality of Dragon Ball Z games had got much better after the Tenkaichi series got started in 2005.