It seems like 2018 is going to be an awesome year for the RPG genre of gaming especially with upcoming titles such as the Longest 5 Minutes for the Nintendo Switch. The Longest 5 Minutes is expected to be released in February of 2018 and based on the way it looks it may ended up being one of the better RPG titles of the year. The graphics in this game looks like something you would see in a old school Pokemon game from the mid to late 90’s.

Also, the game has a basic but interesting plot that involves the main protagonist try to regain his memories before facing off against the Demon King. The Last Five Minutes is definitely one of those games that has the potential to become a video game series. Also, games such as The Last 5 Minutes are usually favored on consoles such as the Nintendo Switch due to its retro design which makes it stand out from a majority of other games seen on the PS4 or the Xbox One. 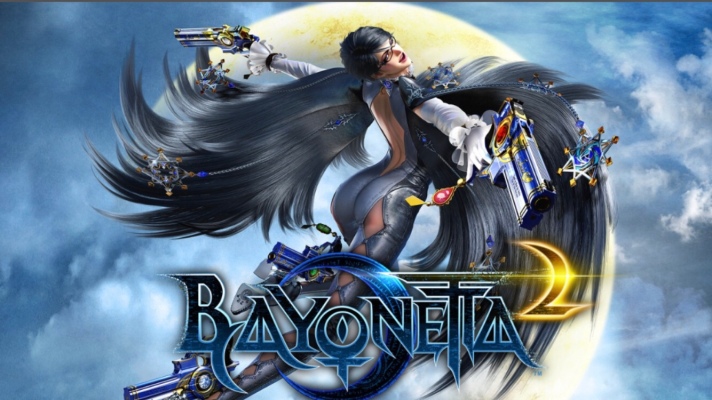 There are so many games from the Nintendo Wii-U that some people would love to see on the Nintendo Switch in the future. Fortunately, Bayonetta 2 is one of those titles that is going be ported for the hybrid console and released this upcoming February on the 16th. This without a doubt is great news since many people who are fans of Bayonetta 2 have want to a Nintendo Switch port of this game since the summer of 2017.

As a action hack and slash game Bayonetta 2 was arguably the best video game title that we have seen on the Nintendo Wii-U overall. Besides Bayonetta 2 has managed to sell over one million copies worldwide since its release and was obviously a success commercially back in 2015. There is no doubt that copies of Bayonetta 2 will be flying off of shelves once the Switch version is released in about two weeks from now. 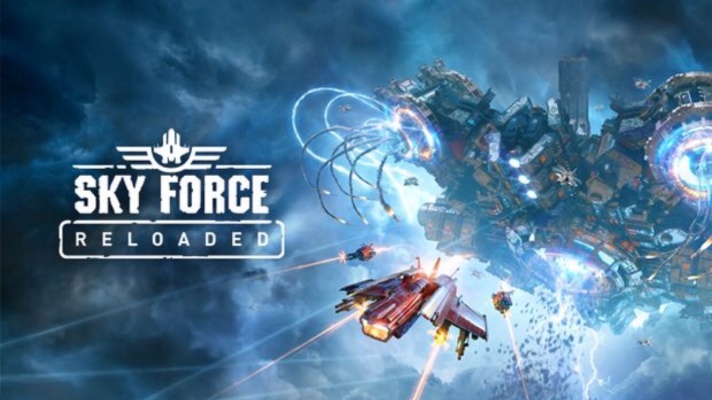 There are countless games that many people are looking for to throughout the rest of 2018. One of the many titles that will be coming up very soon on the Nintendo Switch is Sky Force Reloaded which was developed by Infinite Dreams and released for multiple game consoles including the PS4 and the Xbox One back in the Fall of 2017. The cool thing about Sky Force Reloaded is the fact its a top down arcade style shoot em up game that is somewhat reminiscent of titles such as Galaga and Battle Garegga which was popular back in the 80’s and 90’s.

In this day and age the top down shooter genre gaming is not as popular as it once was. However, a game like Sky Force Reloaded will definitely stand out on the Nintendo Switch. In fact if Sky Force Reloaded was a Switch exclusive during its release it could have possibly made the game more desirable to have altogether. 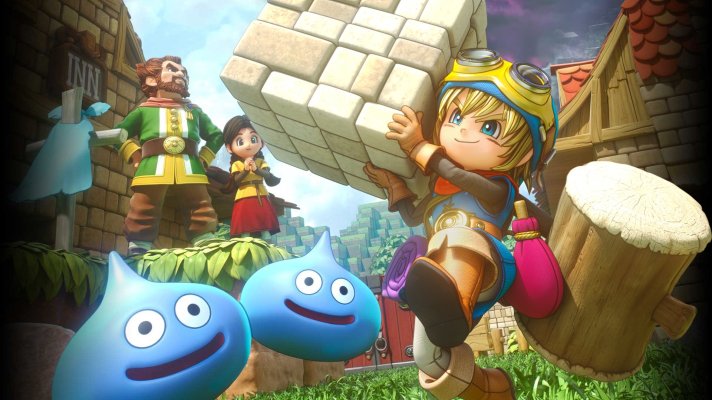 There were so many cool titles that were released back in the early 10’s but one of the many games from the Racing genre that many people may not remember was Blur which came out in Spring of 2010. Blur was an arcade racing game that was developed by Bizarre Creations and in some ways more creative than average racing games due to elements of vehicular combat along with online multiplayer features that could feature up to 20 players simultaneously. 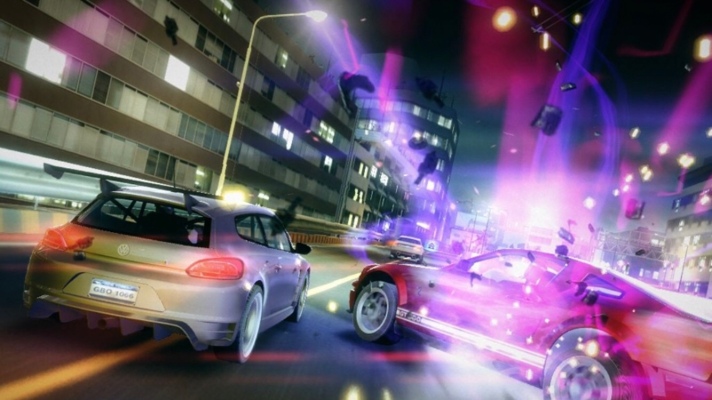 When it comes down to games of the Action RPG genre of gaming one of the more popular titles of 2017 was Xenoblade Chronicles 2 which developed by Monolith Soft. Xenoblade Chronicles 2 came out in December 2017 and was released exclusively for the Nintendo Switch and is arguably one of the best Action-RPG titles on the hybrid console right now. Despite, its popularity there are some who question whether or not this game could work on the PS4. 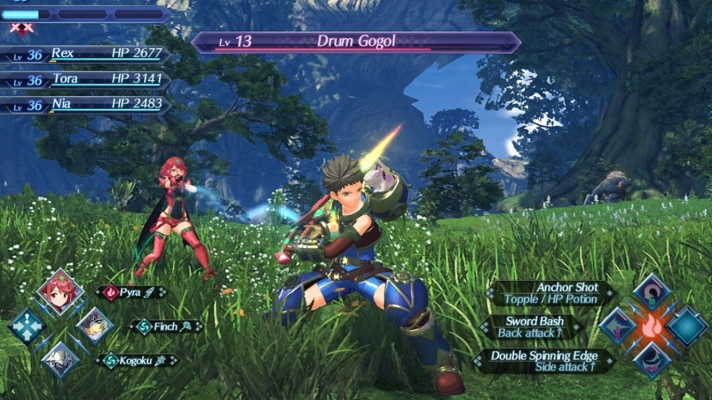 Disgaea 4: A Promise Revisited was a popular JRPG title back in the early 10’s for the PlayStation 3 and even the PlayStation Vita. When it comes down to JRPG’s games it seems like Nintendo based consoles generally tend to miss out on very popular titles. In 2017, it seemed like a different story since Diseaga 5 was ported for the Nintendo Switch along with the PlayStation 4 back in the Spring of 2015.

In terms of quality Disgaea 4: A Promise Unforgotten may not have been on the same level as the PlayStation 3 port of the game. However, if Disgaea 4: A Promise Unforgotten was released exclusively for the Wii or the Wii-U the game could have easily been more attractive similar to how it was for Sony made game systems. But in terms of sales it would be hard to say whether or not that a Wii version of Diseaga 4 would have been a success or not. It’s quite possible that the game would have had more success as a Nintendo 3DS game.

Not only Tekken 3 receive more mainstream attention than Street Fighter Alpha 3 back then but it was also one of the highest rated fighting titles of the 90’s decade. Tekken 3 was super popular in arcade centers around the world while the home version of the game had countless modes such as Tekken Force which added to its overall replay value. Also, by the late 90’s many people were starting to get sick of 2D fighting games and started to embrace 3D graphics and visuals due to how popular the PS1 was.

Back in the 90’s and early 00’s we did not get to many party type games so it was pretty cool that we got to witness the emergence of the original Mario Party game back to in late 1998-early 1999. Mario Party was so creative and idea of having mini co-op games with up to four players was also something that replicated in Sonic Shuffle for the Sega Dreamcast back in late 2000.

In terms of which game was better many people would agree that Mario Party was more of a success since the original game has spawned at least nine sequels with everyone currently waiting for the release of Mario Party. Even though, Sonic Shuffle was not as successful as the original Mario Party game seeing a direct sequel for that title on the PS2 or Xbox on the early 00’s would have definitely turned heads.

During the mid to late 90’s the world got to witness the release of two of the most popular racing video games ever.  When Mario Kart 64 was released for the Nintendo 64 in late 1996 and early 1997 it was one of the biggest titles of the racing genre. Since it’s release Mario Kart 64 has managed to sell 9.8 million units worldwide which is impressive. After all, some can make the argument that the graphics of Mario Kart 64 was superior in comparison to the original Gran Turismo title that Polyphony Digital released back in 1998. 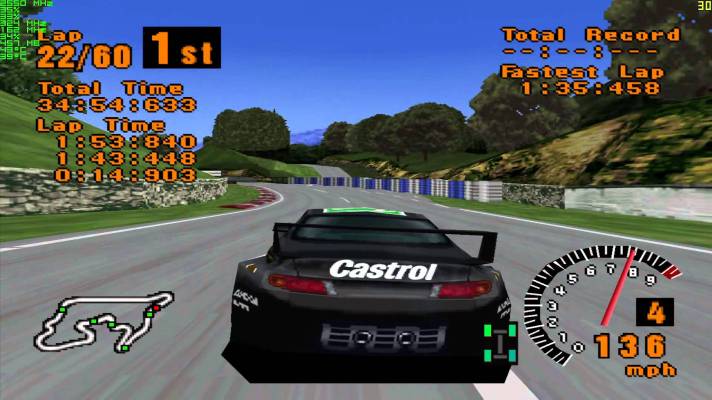