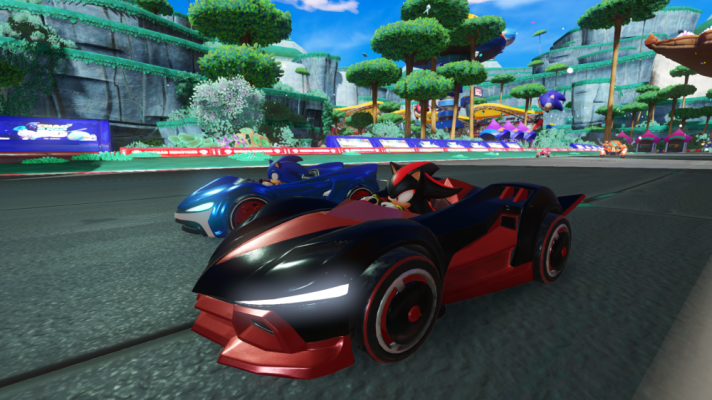 When we think about upcoming racing games of this year that has received a decent amount of mainstream attention as of late both Team Sonic Racing along with Crash Team Racing: Nitro Fueled are two titles that instantly comes to mind. As many people know Team Sonic Racing will be one of Sega’s biggest racing titles since the Sonic & Sega All-Stars Racing game which was released for multiple consoles back in 2010. Also, Crash Team Racing: Nitro Fueled is an remastered version of the original PS1 title which was released about 20 years ago in 1998. While its a known fact that Crash Team Racing was popular on the PS1 back in the late 90’s we have no idea what Team Sonic Racing is going to be like and what of reception the game is going to get following its upcoming release on May 21st.

Generally, when it comes down to racing genre neither the Sonic the Hedgehog nor the the Crash Bandicoot specializes in it but its some might argue that Crash Team Racing: Nitro Fueled will definitely have the edge in relation to popularity especially considering how popular the Crash Bandicoot N. same Trilogy was following its release back in June 2017. It will be interesting to see how many copies both games sell following their respective releases along with which one holds up more in the long run.

As many people know the Shinobi series was very popular during the early 90’s when various games appeared on consoles such as the Sega Genesis and Game Gear. However, despite how popular the 2D action platform series was back in the early 90’s for whatever reason we never saw a Shinobi game for the Sega Dreamcast between 1998-2001. While it was that video game developer Overworks could have made a Shinobi title for the Sega Dreamcast plans regarding the game’s development did not start until 2001. It was also back in ’01 when the Sega Dreamcast was officially discontinued so we ended up getting a 3D Shinobi title for the PlayStation 2 in 2002. While the 2002 Shinobi game was well received by fans and critics many would argue that the game could have possibly stood out more on the Sega Dreamcast especially since the console did not have too many big titles to aside from the Sonic Adventure series, Crazy Taxi and Shenmue. The PlayStation 2 had so many games such as Grand Theft Auto III & Vice City along with Gran Turismo 3 & 4 which were best sellers on the PS2. During the early 00’s there was no question that Sony had officially taken the lead during the console wars and the ’02 Shinobi game was definitely the best game console to have it on during that time period.

When it comes down to side scrolling shooting games Super R Type is a classic from the 16 bit era.  Super R Type was such a cool yet very challenging game from the early 90’s for the Super Nintendo Entertainment System.  However, there are some who question whether or not this game could have gotten over big on the Sega Genesis. It was recently announced that Sony’s PlayStation 4 had took the lead in terms of hardware sales over the Nintendo Switch for the month of June in 2017.  Even though, the Nintendo Switch is still doing great in terms of sales around the world some people are questioning whether or not the new online app will be helpful in competing against Sony and Microsoft.

To say that the NES is overrated is something that many people would have a problem with.  The Nintendo Entertainment System was very popular during the 80’s and helped save the gaming industry during the video game crash that started in 1983.  When it comes down to graphics and visual design video games for the NES seem abysmal in comparison to what we have now on consoles such as the PS4 or the Xbox One which was games that feature 4K visuals. 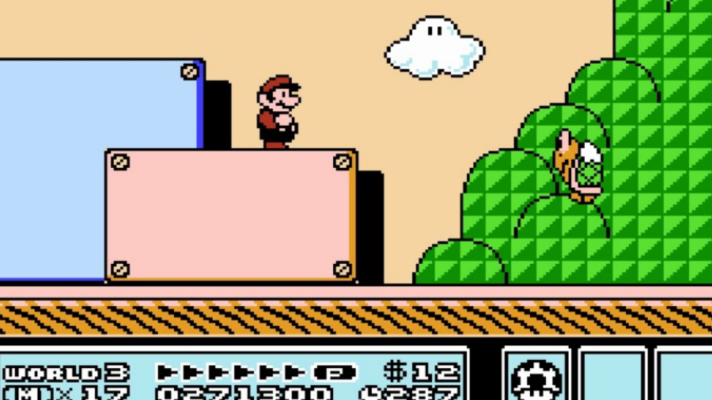 Games such as Super Mario Bros I-III are considered classics to this day and they also did great in sales.  In fact the Super Mario Bros series is legendary because of the Nintendo Entertainment System.  The NES was also the very first game console to feature titles such as Mega Man, Castlevania, The Legend of Zelda, Metroid, Double Dragon, Teenage Mutant Ninja Turtles and the Battletoad series.

It was incredible to see how popular the NES still is in the 10’s.  When it comes down to video game music the NES arguably has the best soundtracks of all time.  The soundtracks for many games during the 8-bit era added to the replay value of games such as Mega Man 2, The Legend of Zelda Kirby’s Adventure, Metroid and others.  Since its release during the summer of 1983 the NES has managed to sell over 61 million units worldwide.  Not only did the NES surpass the Super Nintendo Entertainment System which sold over 49 million units worldwide it also did more than the Sega Genesis.  The Sega Genesis had an awesome sound chip and more superior graphics and it only managed to sell over 30 million units worldwide since its release.

There are many games that were memorable during the console wars between Nintendo and Sega.  One of the many games that comes to mind Sega fans enjoy includes The Revenge of the Shinobi which was originally released in 1989.  This classic title which was published by Sega was a sequel to the first game entitled Shinobi.  This title had included enhanced gameplay and graphics from its predecessor along with a plot takes place three three years from the previous game. In this game players must take control of Joe Musashia in order to fight against the criminal organization known as Neo-Zeed.  While some people may criticize the lack of originality of this plot others are content with the connection it has with this game’s prequel.  This platform slash game allows players to journey through eight different levels in order to complete the game.   While each stage presented its own set of challenges the game had included great BGM which made each level more exciting. 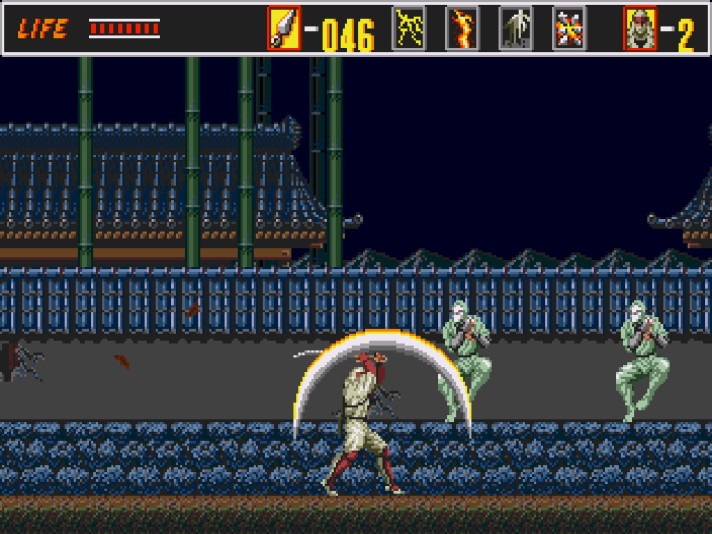 The musical composition for Revenge Shinobi was created by Yuzo Koshiro the same person who worked on famous titles such as the Streets of Rage series.  Out of all the soundtracks for Revenge of Shinobi  some would argue that Chinatown was the best among some others.   While completing the game provided individuals with a great sense of satisfaction some would argue that the stages near the end along with the boss battles were very difficult.  However, many old school games during the 8 bit and 16 bit were very difficult and provided players with more excitement.   Overall, The Revenge of Shinobi was a significant improvement from the original game and served as a great predecessor for Shinobi III which was released in 1993.