Its hard to believe that the The Legend Of Zelda series has been around since the mid 80’s. Ever since, the very first Zelda installment was released in ’85 the series has evolved one of the most legendary franchises in gaming history. There have been countless classics within the Zelda series which has appeared across multiple generations of Nintendo consoles from the NES to the Switch era of today. In fact, there have been so many Zelda games that Nintendo has made over the past thirty years; to point were people have often had debates on which installments were among the best within the series. While the first two Zelda games that appeared on the NES between ’85-’87 are considered to be iconic; they were graphically inferior compared to every other game that came from the SNES era onwards. The original Zelda game managed to sell over 6.5 million copies worldwide and was considered to be one of best action-adventure games for that console. The second installment within the Zelda series had different gameplay which facilitated between side scrolling and overhead gameplay. Zelda II: Adventure Of Link was considered to be the black sheep of the trilogy of games within the series between ’86-’91. Zelda Adventure Of Link managed to reach over 4.3 million in copies sold while becoming the 8th best selling titles on the NES platform.

Four years following the release of Zelda II Nintendo had released Zelda: Link To The Past in 1991. In terms of gameplay & graphics Link To The Past was significant improvement from its predecessor and looked beautiful on the SNES console. Zelda: Link To The Past managed to reach over 4.6 million copies worldwide for the SNES and is generally regarded as a 16-bit masterpiece by countless critics and fans of the series. Following the success of Link To The Past Nintendo eventually released Link’s Awakening for Game Boy in ’93; which is another game that is considered to be an iconic cult classic by many. Link’s Awakening managed to reach over 3.8 million copies in terms of sales. Link’s Awakening was both challenging and featured great dialogue along with improved gameplay mechanics in comparison to its predecessors. As good Link To The Past & Link’s Awakening was in the early 90’s there are some would argue that they both paled in comparison to Ocarina Of Time for the N64. Following, its release in ’98 Zelda: Ocarina Of Time managed to reach over 3.3 million copies in sales for the N64. The Ocarina Of Time game was praised by various gaming publications for a variety of reasons; including its cinematics, level design, storyline and innovative gameplay such as: the Z-targeting mechanic.

Shortly, after Ocarina Of Time came out Nintendo eventually released Majora’s Mask in ’00 which ended up becoming one the first major games of the decade. Even though, Majora’s Mask did not sell as much as Ocarina Of Time it still managed to reach over 3.3 million copies worldwide on the N64. Majora’s Mask was praised for its dark atmosphere & tone as it pertained to both the storyline and the level designs which made it standout from previous installments from the 80’s & ’90s. During 2001, Nintendo released Zelda Oracle Of Ages & Seasons for Game Boy Advance and both games were considered to be great for their color schemes; along with the fact that it looked somewhat similar to Link’s Awakening from ’93 in terms of visuals. In 2002, Nintendo released The Legend Of Zelda: The Wind Waker which saw a radical change in relation art style in comparison to Ocarina Of Time. Nintendo decided to utilize cel-shaded graphics and cartoonish animations for Wind Waker which some might argue was a gamble on the company’s part. Wind Waker managed to reach over 3 million copies in sales for GameCube and was praised for various features that included an improved combat system in comparison to Ocarina Of Time. It should also be noted that Zelda: Wind Waker was not nearly as difficult as Ocarina Of Time or Majora’s Mask; while providing players with at least 30+ hours of gameplay. 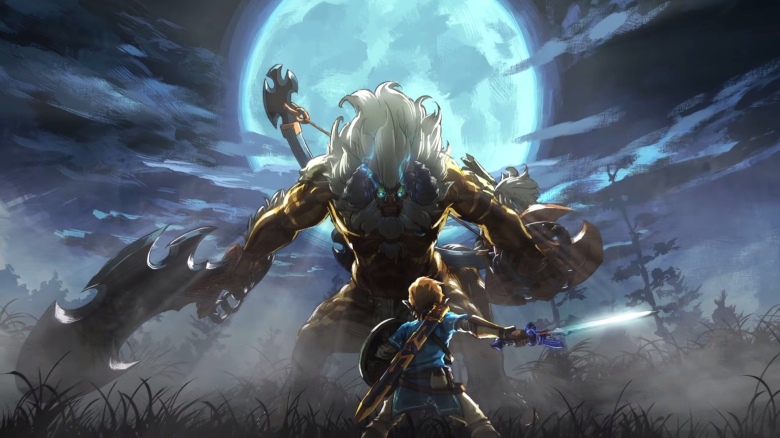 Between the years of ’04-’07 Nintendo released several other titles such as Zelda: Four Swords Adventures, Minish Cap, Twilight Princess along with Phantom Hourglass. Each Zelda game from the ’04-’07 were all considered to be great in their own unique way; with Twilight Princess being the most successful one of the bunch on GameCube and the Wii consoles. Twilight Princess reached over 7.5 million copies in sales on the Wii console and is generally regarded as the best Zelda game of the 00’s decade. Zelda: Twilight Princess was praised for its art style, character development, music score and storytelling; while remaining fair in terms difficulty compared to older installments within the series. A manga series based on Twilight Princess was eventually created shortly following its release in ’06. Also, Twilight Princess was eventually remastered in HD for the Wii-U in ’16 and it still managed to be an attraction a decade following its release. During 2011, Legend Of Zelda: Skyward Sword was released Wii console becoming one of the first major entries of the 10’s decade. While Skyward Sword looked better than Twilight Princess and had a dark storyline which complemented various other positive aspects of the game; the issues players would have the motion controls somewhat detracted from the over gameplay experience of Skyward Sword. However, in terms of actual gameplay players could get up 100 hours worth of it; which was almost double than players would of got out of Twilight Princess. In 2017, Nintendo released arguably the greatest entry within the Zelda series known as Breath Of The Wild for the Switch console. Zelda: Breath Of The Wild has managed to reach over 21 million copies worldwide while the best selling game within the franchise’s history. Almost, everything about Zelda: Breath Of The Wild is perfect from the open world level design all the way down to main story, side quests and touching ending of the game. In terms of which decade of Zelda games were better differs among many gamers across the world. While the Zelda games from the 80’s & 90’s were more iconic, the quality of Zelda the games we saw during the 00’s & 10’s decade were far superior than the classics from over 20-30 years ago. There is no question that the Zelda series has aged like fine wine over the past 30 years; with Nintendo releasing arguably the best game in the entire series back in 2017. While long time fans are more nostalgic for the games of the 80’s and 90’s; the past two decades of Zelda games were just a good if not better some ways.