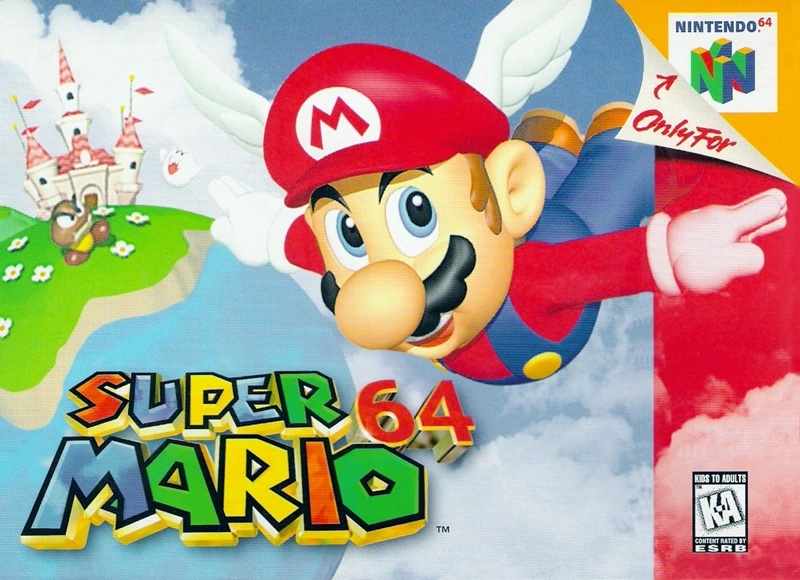 It turns out that Super Mario 64 is still a huge attraction within the gaming world 25 years later. As many people know the 25th anniversary of Super Mario 64 was on June 23th with the game itself being considered one of the greatest 3D platformers of the 90’s. Super Mario 64 was released in ‘96 on Nintendo’s N64 console where it ended up becoming the best selling title for that console reaching over eleven million in sales. Super Mario 64 is probably within the top five best 3D games within the Mario series of the past 25 years along with the likes of Super Mario Odessey & Galaxy 1 & 2. In fact, the new broke on various gaming related websites that an unopened copy of Super Mario 64 had sold for approximately $1.5 million during an auction. The transaction for the unopened Super Mario 64 game took place in Texas at Heritage Auctions in Dallas. There is no doubt that the unsealed mint copy of the ‘96 platform classic is a treasure because it’s still brand new even though its very old. Its almost guaranteed that you will have a hard time finding a fresh copy of Super Mario 64 at any used game store America.

The record-breaking sale of the mint Super Mario game came days after an unopened copy of Legend Of Zelda from ‘86 was sold for $870,000. The Mario & Zelda games from the 80’s & 90’s are considered to be iconic; those who still have used copies of the original Zelda title or Super Mario 64 should consider themselves lucky. However, its very unlikely that a used copy of any Mario or Zelda game will sell for as much as what we saw recently. Its very rare to see an older generation game sell for six or even seven figures especially considering how much gaming has evolved in the past 20 to 30 years. While original unopened copies of Super Mario 64 is worth a ton of money; it makes you wonder how much other Nintendo games from the NES, SNES and N64 eras are worth. An unopened copy of Super Mario RPG from ‘96 could possibly match or even exceed Super Mario 64 in terms of value during an online auction.