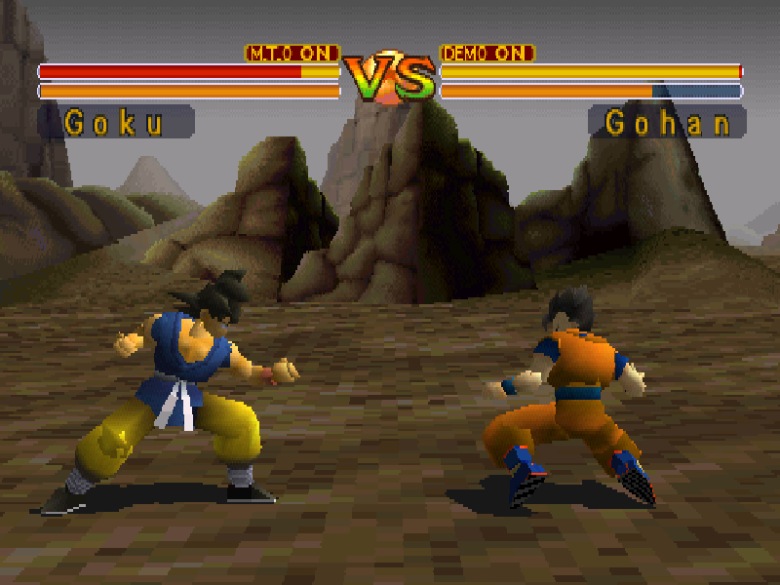 There are many anime lovers who are familiar with the Dragon Ball Z series which began in ’89 that eventually grew in popularity throughout the 90’s decade. As far as Dragon Ball Z games were concerned in relation to the 90’s; the video games were not too popular in America despite how big the fighting genre of gaming was during that time period. Dragon Ball Z fighting games such as the Butoden series from the early 90’s remained mostly exclusive in Japan. While there were a lack of DBZ fighting games in America during the 90’s we did get to see titles such as Dragon Ball Z 2: Super Battle appear in arcade centers during the 90’s. However, there were titles such as Dragon Ball GT: Final Bout from ’97 that hardly gets talked about at all. Dragon Ball GT: Final Bout was initially developed & published by Bandai and released exclusively for the PS1. As a game Dragon Ball GT: Final Bout looked great in terms of 3D visuals but it was often criticized for being laggy along with having poor controls. In fact, the Budoten games from ’93-’94 were arguably better than Final Bout title from ’97 in terms of both looks and gameplay.

However, unlike the Budoten games Final Bout featured some unique game modes including Tournament, Battle along with Build Up mode which added more variety to the game itself. Also, the roster of characters featured the likes of Goku, Cell, Vegeta, Gohan, Frieza, Majin Buu, Frieza, Trunks and more who were all major players within the DBZ series. Players were able to unlock bonus characters such as the Super Saiyan forms of Goku & Trunks along with Vegeto and more which added to the appeal of Dragon Ball GT: Final Bout. However, when it comes down to 3D fighting games from the 90’s decade there were so many titles from that decade that easily overshadowed Dragon Ball GT: Final Bout. During the mid to late 90’s we got to see the Tekken series, Soul Calibur, Mortal Kombat 4, Street Fighter EX and many more. While the games just mentioned were more superior in terms of quality in comparison to Dragon Ball GT: Final Bout it should be noted that the DBZ series did not become very popular until the late 90’s-early 00’s. The quality of DBZ games did not matter as much until after it became very popular on Cartoon Network from the late 90’s onwards. In fact, we got the Budokai series from ’02-’04 which is considered to be legendary in the eyes of most gamers within this day and age. While DBGT: Final Bout is considered to be a mediocre game at best over two decades later; it still looked better than a majority of games that were released within the 90’s decade.