Could Mother 3 have been more successful on the SNES?

Mother 3 was an underrated JRPG from the mid 00’s that may have been released a lot sooner than it should of been. As many people know the legendary Earthbound series began in the late 80’s on the NES with the most high profile entry being released for the SNES back in 1994. Although, Earthbound/Mother 2 failed to be a huge success in terms of sales the game is still considered to be a cult classic while being recognized as one of the greatest RPG’s from the 16-bit era. While the world never got to see an N64 sequel to Mother 2 years following its release Mother 3 eventually appeared on Game Boy Advance exclusively in Japan back in 2006. While Mother 3 is also considered to be a critically acclaimed JRPG its often overlooked especially since it came out during a time period where people were turning away from the Game Boy Advance and began sinking their teeth into the Nintendo DS which came out in 2004. Some wonder whether or not Mother 3 could have been a bigger attraction during the 90’s for the SNES considering the fact that the game looked like it belonged in the 16-bit era of gaming. 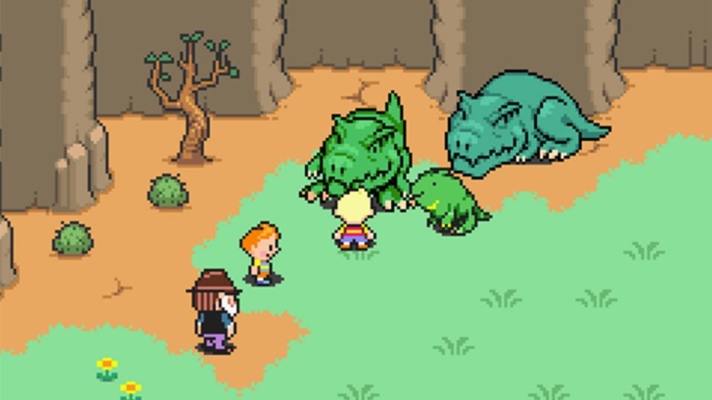 However, Mother 2 was not much of an attraction as other RPG’s that appeared on the SNES during the 90’s and its highly unlikely that Mother 3 would have been any different. If Mother 3 was released for the SNES back in the 90’s it would of been too late since ’94 was the same year that more superior consoles such as PS1 and Sega Saturn were released. During the mid to late 90’s the Super NES was no longer the main attraction within the gaming world and 16-bit RPG’s were beginning to decline in popularity by that time. While there is no question that Mother 3 could have definitely worked on SNES during the 90’s its unlikely that it would have been more successful than Mother 2 from ’94. Earthbound 64 was the game that the gaming world was waiting to see following Mother 2 and the world never got to see it since development had ended abruptly around 1999. If anything Mother 3 could have been a slightly bigger attraction on Game Boy Advance anytime between ’02-’04 outside of Japan despite how popular the PokeMon series was within that country and places like America during that time period.