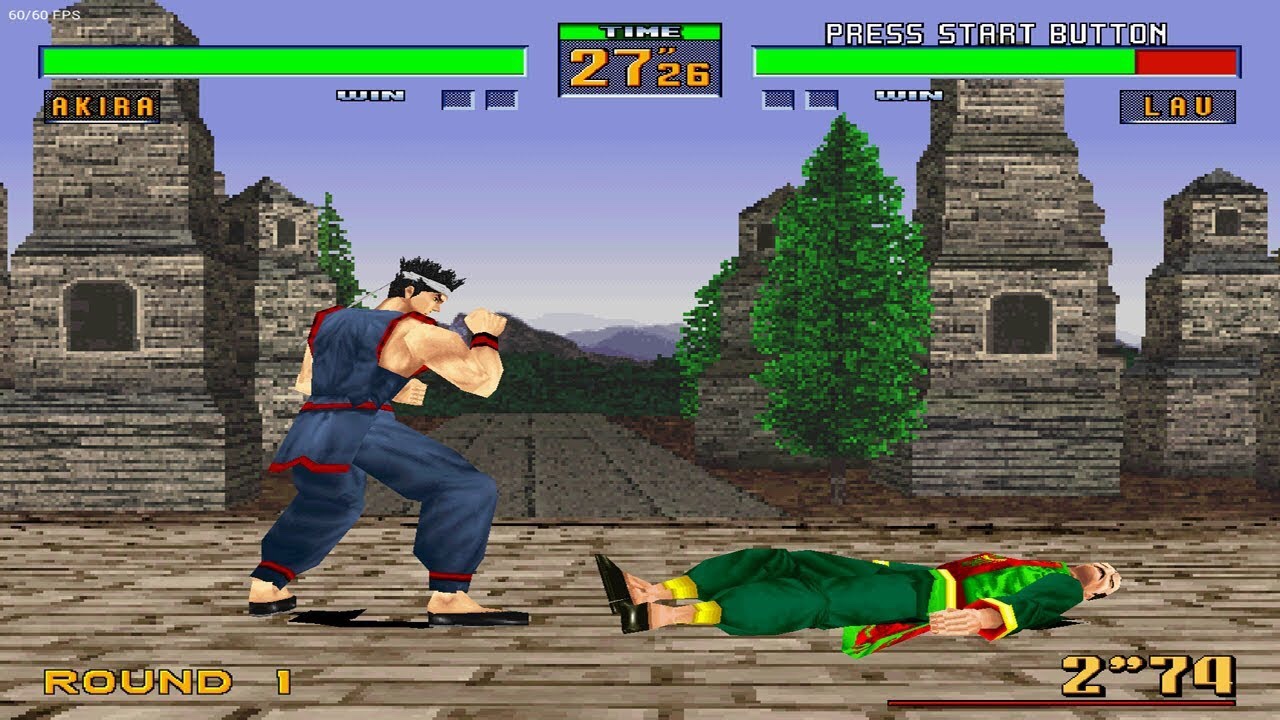 When we think about some of the most popular 3D fighting games to come out of the early 90’s one of the few titles that instantly comes to mind is Virtua Fighter 2 from 1994. Virtua Fighter 2 was developed and published by Sega and was the direct sequel to the very first game within the series which was initially released back in November ’93. The arcade version of Virtua Fighter 2 came out in Japan in late ’94 before appearing in America early in 1995. Virtua Fighter was then ported for the Sega Saturn between December ’95 and January ’96 before it became big on Microsoft Windows during ’97. Strangely, after becoming big in arcade centers and on Sega Saturn Virtua Fighter 2 was eventually ported for the Sega Genesis between ’96-’97 despite the console declining in popularity by that time period. Virtua Fighter 2 was a game that saw graphical improvement in comparison to its predecessor saw each character possessing a greater number of attacks than the prequel. Also, Virtua Fighter 2 saw the introduction of brand new gameplay mechanics which involved counter-attacks adding more realism to each fight within the game. This installment of Virtua Fighter saw to inclusion of two new characters in Shun Di and Lion Rafael who both had their own respective fighting styles.

Along with the two new characters that added to Virtua Fighter 2 we saw many returning characters from the original game such as: Akira Yuki, Jacky Bryant, Pai Chan, Lau Chan, Wolf Hawkfield and others that people got a chance to play as which was also pretty cool. Despite, not having any modes that would make it standout from any other 3D fighting game Virtua Fighter 2 was still ahead of its time. Virtua Fighter 2 was released right before the original Tekken game which came out for the PS1 in December ’94. The Virtua Fighter series was still fairly new by ’94 and 3D gaming had yet to evolve to the level where innovative game modes outside of arcade, versus and practice were utilized. Since its release for the Sega Saturn back in the mid 90’s Virtua Fighter 2 ended up becoming one of the best selling games for that console. It was reported that the Sega Saturn version Virtua Fighter 2 sold at least 1.7 million copies in Japan and was praised by critics and players alike for its overs improvement over its predecessor. As good as Virtua Fighter 2 was during the mid 90’s sadly the game did not get as much recognition as the likes of Tekken 2 & 3 because it appeared on the Sega Saturn a game system that flop in sales in comparison to other game systems from that era of gaming.