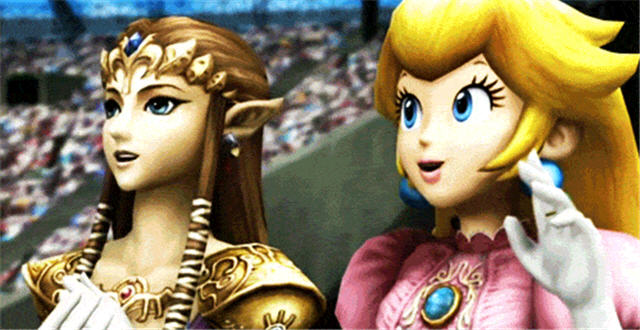 When it comes down to popular video game characters within the past 35 years in relation to Nintendo many people instantly think about Mario and Link. The Super Mario series began back in ’85 and The Legend Of Zelda franchise had started back in 1986. Since then both video game franchises have become extremely popular to a point were casual gamers know about Super Mario and Legend of Zelda despite never playing a single game within either series. While Mario and Link have been two of the main protagonists within their respective series for over 35 years now; it should also be noted that both Princess Peach and Zelda have also been central figures in almost each Mario and Zelda game since their inceptions back in the 80’s. Both Peach and Zelda’s role in almost every game their involved in portrays them as damsels in distress who are normally captured by the same villains.

Even though, the Super Mario series is clearly bigger than The Legend Of Zelda franchise; the series that Link featured in as the main protagonist is named after the princess opposed to himself. As a character Mario is clearly more popular than Link considering the fact that Mario games have generally ended selling titles more across eight generations of video game consoles than the Legend of Zelda. The Super Mario series has reportedly earned over $22 billion in revenue from video games since its ’85 inception while Nintendo has earned at least $3 billion from the Legend of Zelda series. In terms of popularity or charisma it feels like Peach and Zelda are both on the same level since nether one has any significant character attributes that makes them any different. However, it should be noted that Princess Peach has been a playable character in more video games than Zelda outside of the Smash Bros series. In fact, Princess Peach was a playable character in a video game as early as ’88 when Super Mario Bros 2 was released for the NES. Also, when it comes down to pop culture its seems like Mario & Peach’s romantic relationship is often talked about more than Link and Zelda’s. Everyone is most likely to have their own respective opinion on which princess is more iconic but at the end of the day it really depends on which video game series you like more.