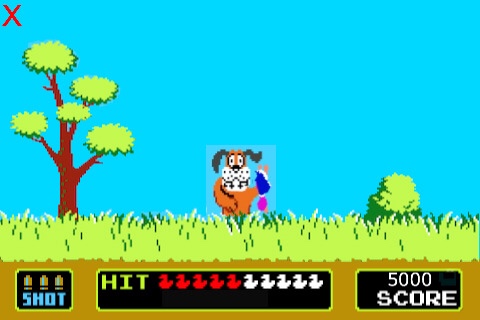 Back in the 80’s and early 90’s 2D action-adventure platform games were very popular along with run and gun titles. One of the genres that was not nearly as popular as others during the 8-bit & 16-bit era of gaming were first person shooters. First person shooters did not become popular on a mainstream level until the 00’s and games such as Duck Hunt felt like it was way ahead of its time. There were 8-bit classics such Freedom Force, Laser Invasion, Hogan’s Alley along with Duck Hunt which made NES gameplay more interesting during the 80’s. Its a known fact that Sega’s Master System despite being more superior in graphics & gameplay was not quite as innovative as Nintendo was in relation to the NES or SNES for that matter. While the NES had its own customized zapper the SNES had features Mode 7 which added to the appeal of both consoles. If anything the SNES should of had more games that utilized the Super Scope zapper since the console had better graphics despite not selling as much as the NES did from ’83-’03.

As far as Nintendo based first person shooters are concerned Duck Hunt was probably one of the most high profile titles from genre making people wonder why a sequel was never made. As impressive as Duck Hunt looked for the NES at the time the game was not really a best seller for the 8-bit console despite how innovative it was. Also, first person games like Duck Hunt really did not have a plot and relied more on players complete a series of objectives which generally seemed uninteresting. Having more first person shooter games for the NES would not have made the 8-bit console anymore of an attraction than it was during the 80’s seeing how the Super Mario Bros & The Legend Of Zelda series blew up in popularity during that time period.

When it comes down to big games from the 80’s many people instantly think about what appeared on the Nintendo Entertainment System during that time period. Along with popular games such as the Super Mario Bros and the Legend of Zelda series there were also a couple of games developed by Konami which also captured the attention of many people who owned a NES console during the mid to late 80’s. Two of the most popular titles that Konami had developed for the NES were the original Castlevania & Contra games. The first Castlevania game appeared on the NES the same year Nintendo releases the original Legend of Zelda title and was considered to be one of the top action-platformers for the NES during 1986. Playing as Simon Belmont throughout eighteen different stages was a worthwhile experience for those who enjoyed in-depth platformers.

Contra on the other hand was a run and gun title which was very creative in relation to level design. While some stages were side scrolling 2D levels there where others that had pseudo 3D view like in Stage 2. Also, despite having a multiplayer mode the different for the original Contra game was insane. As far as 2D side scrolling run and gun titles are concerned some would probably put Contra above the likes of the original Mega Man game which was also released back in 1987. The NES Mega Man titles never had co-op multiplayer gameplay which is feature that made Contra special following its release during the mid 80’s. Also, unlike the original Castlevania title Contra had arcade release before it arrived on the NES and was a game arguably contributed to the rise in popularity of the run & gun genre during the 8-16 bit era of gaming. In terms of which game was more popular during the mid 80’s following their respective releases is debatable. While the original NES Castlevania title was fun for many people Konami’s best work within the series did not come until 90’s with the likes of Dracula X and Symphony of the Night. In this case there are more people who would most likely give the Contra game of ’87 the edge over Castlevania from ’86 in terms of popularity back in the 80’s. 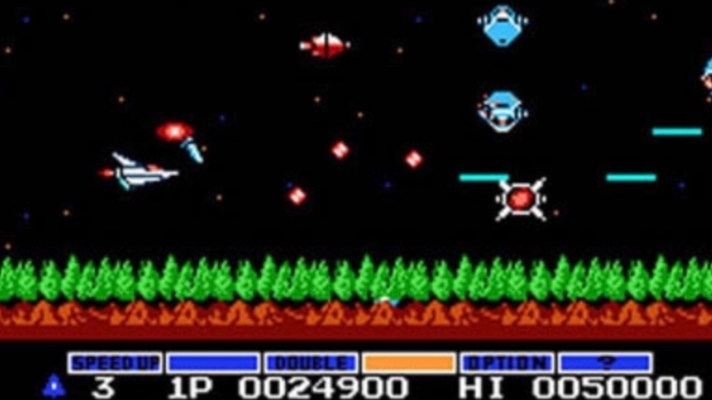 When it comes to retro based arcade shooter titles the 80’s has some pretty cool titles during that time period. Two games that stand out the most to many people are Gradius which was developed by Konami and the Galaga game that was created by Namci back in the 80’s as arcade shooter titles both titles were challenging and forced players to spend a bunch of coins trying to complete each game in their entirety.

In terms of difficulty it’s hard to put some arcade shooter games over others since the first couple of stages in most of them seem equally as challenging. In terms of which title was popular between Gradius and Galaga is debatable among many people who were gamers during that time period. However, in terms of popularity there are many who would argue that Galaga was a bigger game than Gradius was in general.

When it comes down to run and gun titles for the NES there is no doubt that Super Contra and Mega Man II were major titles for the 8 bit game consoles.  The cool thing about Super Contra was the fact that it was also a multiplayer game where players had to complete various side scrolling levels with Bill and Lance.  Unlike Mega Man, II, Super Contra had received an arcade release and was arguably one of the hottest run and gun titles that Konami had developed during the late 80’s.  This is not to say that Capcom’s Mega Man II was not that impressive as well.  Mega Man II was not only challenging but it also had a memorable soundtrack and tough boss battles.

In terms of sales Mega Man II was more successful than its prequel which was released back in December 1987.  On the NES Mega Man II had managed to sell over 1.5 million copies and is considered to be one of the best selling Mega Man titles in the series overall.  In terms of popularity its highly debatable which title was more popular considering the fact that Capcom and Konami were both making awesome games during the late 80’s-early 90’s time period.  Some would give the edge to Super Contra due to its high replay value and multiplayer gameplay.  Others would argue that Mega Man II was more challenging and was a cult hit since its release back in the late 80’s. 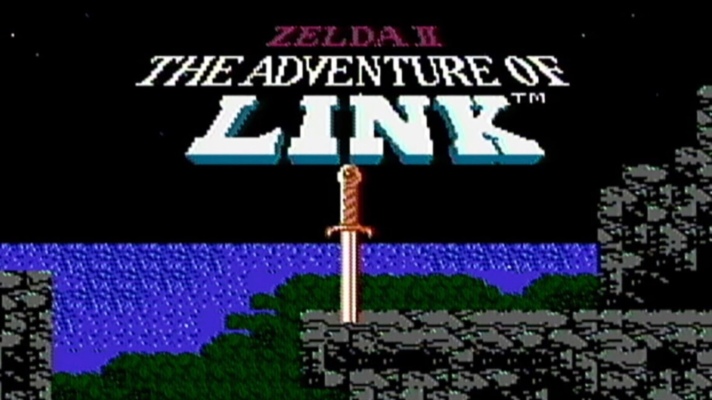 The gameplay utilized in Super Mario Bros 2 was not used in the first or third game in its trilogy.  The same thing can also be said about Zelda II: The Adventure of Link in regards to gameplay. Zelda II had a cross between overhead travel along with 2D side scrolling gameplay where player had to destroy enemies which was interesting.  Also, Super Mario Bros 2 gave players the chance to play not only as Mario and Luigi but also Toad and Princess Peach along with receiving a health meter.  Super Mario Bros 2, did not place any emphasis on power ups like the first or third game in the series which was one of the few things that made this game really stand out.  Despite, how different Zelda II and Super Mario Bros 2 was from other games within their respective series they were both still very successful on the NES back in the late 80’s.  In terms of sales Super Mario Brnos 2 managed to sell over ten million copies since its release while Zelda II: The Adventure of Link reached over four million worldwide.  In terms of sales Super Mario Bros 2 obviously had more success  but in terms of which game was better overall really depends on who you ask. 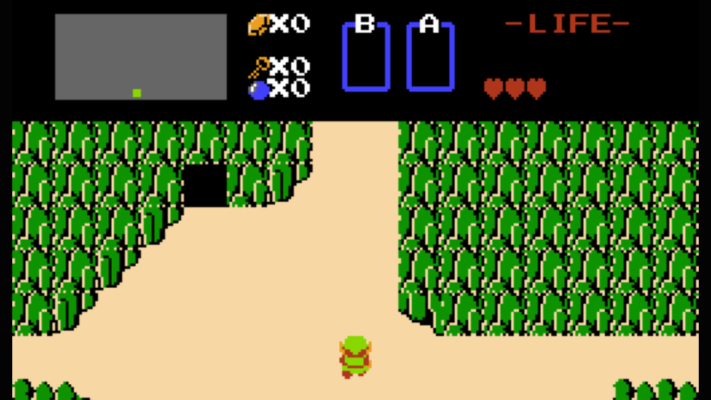 Sometimes It’s hard to believe that the very first Zelda game was released for the NEE over 30 years ago in the Spring of 1986.  While the Legend of Zelda for the NES is considered to be a legendary action adventure classic from the 80’s there are some who questioned why the game was never remade with better graphics for the for the SNES during the early 90’s.  After all Nintendo remade the Super Mario Bros trilogy for the SNES when they were re-released for the console back in 1993. 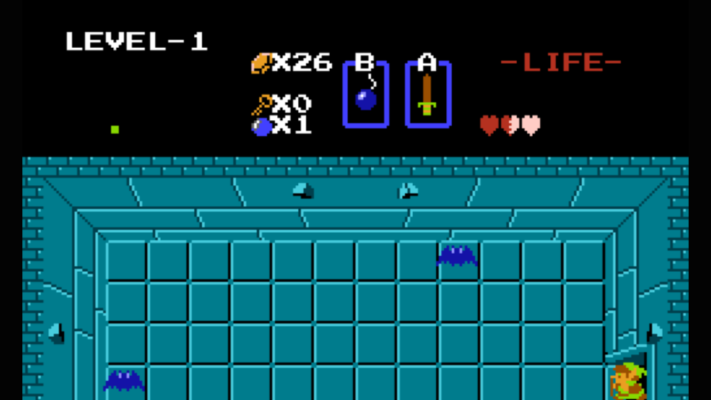 As of right now there isn’t too many big NES titles that is currently featured on the Nintendo Switch eShop as of right now other than Mario Bros.  In terms of retro gaming from the 8 bit era a cool title that many people would love too see make a return is the Double Dragon series.  Double Dragon I-III was so much fun to play back in the 80’s along with the fact that the games was more difficult than they appeared to be.

Even though, the beat em up genre has declined since the early 90’s seeing the Double Dragon trilogy on the Nintendo Switch eShop would be something that many people would love to see.  Since the Nintendo Switch is still considered to be a new console having games such as Mario Bros could open up the possibility of having countless NES games available for the Nintendo eShop in the future. 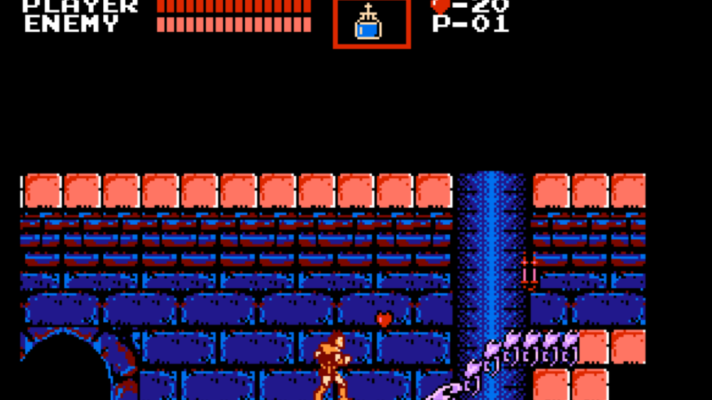 The 2D side scrolling Teenage Mutant Ninja Turtles game from 1989 is arguably the most difficult game to have ever been released for the NES.  While many fans of the TMNT series may be fond of this game the chances are that about 10 percent of them have actually completed the game in its entirety. 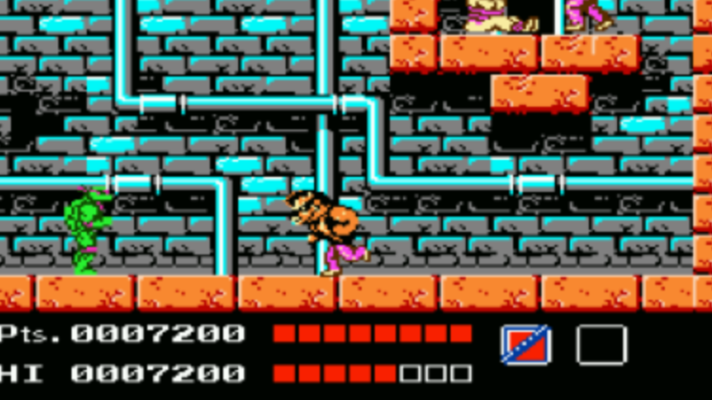 While it would be cool to have the NES TMNT game on the Nintendo Switch eShop there may not be too many people who would actually buy the game given its notorious reputation for being a very hard game to beat.  Also, if the 1989 NES Ninja Turtles game is ever to be featured on the Nintendo Switch eShop it should be less than $8 for the game itself opposed to Mario Bros.

The original Excitebike game was one of the most well known titles for the Nintendo Entertainment System during the 80’s.  Since the 80’s the only real sequel that we have seen is Excitebike 64 which was released for the Nintendo 64 back in 2000.  When the original Excitebike game was released for the NES many people found it to be exciting yet very challenging.  Even though, Excitebike 64 looked and felt completely different from the original game many people would argue that trying to keep racers on their bikes was just as much of a challenge as ever. There were so many things about Excitebike 64 that added to the replay value of the game itself.

The inclusion of at least 20 different tracks in season mode along with fun mini games and the ability to design your own custom track made Excitebike 64 over two times better than the original.  Since the development of Excitebike 64 many people have probably wondered why Left Field Productions never made a sequel for the Wii or Wii-U.  When Excitebike was released for the Nintendo 64 it managed to sell at least 2 million units worldwide.  If there was an Excitebike title for the Wii it could have sold at least one million units worldwide if the game developed the right way and was marketed properly.  It might be too late to get an Excitebike game for any Wii consoles but it’s not to late for the series to make a return to the Nintendo Switch.