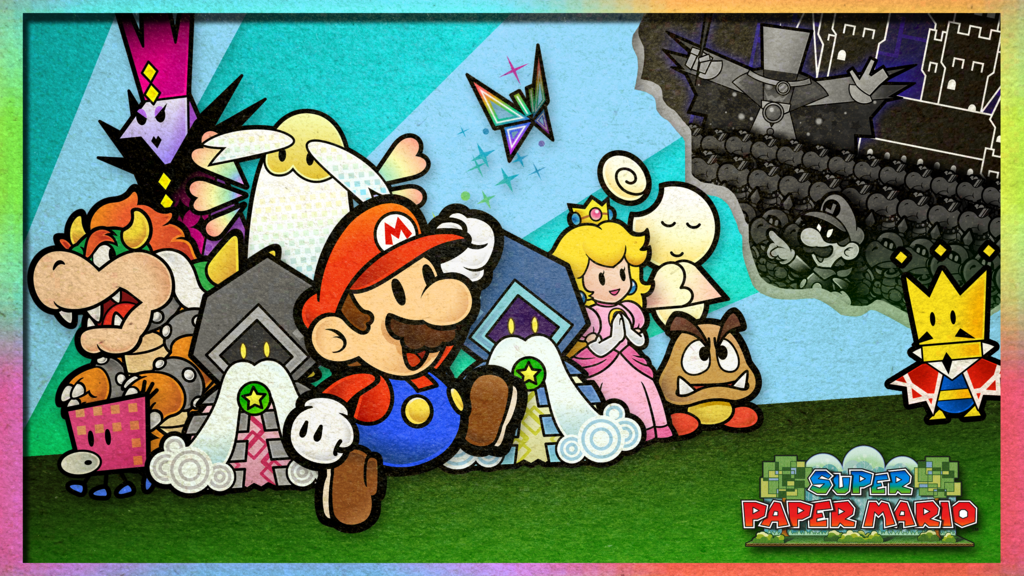 The Super Paper Mario game from ‘07 is an RPG title that definitely does not get the type of recognition that it truly deserves. But then again there were so many high-profile Wii games from the 00’s that most likely overshadowed Super Paper Mario. For those who do not know Super Paper Mario was developed by Intelligent Systems & Nintendo SPD and published by Nintendo and was released for the Wii & Wii-U consoles between ‘07-‘16. The game had an interesting plot that focused on multiple characters including Mario, Princess Peach, Bowser and Luigi. One of the most unique things about Super Paper Mario was the gameplay which saw a vacillation of 2D and 2.5D features. Super Paper Mario also saw the introduction of a new main antagonist named Count Bleck; who was just as interesting as Smithy was from Super Mario RPG which came out in 1996. Not only does Count Bleck manage to kidnap Princess Peach; but he also wanted to destroy we also wanted to destroy the reality and put the universe in a void. Super Paper Mario is divided up into eight different chapters and has multiple side-quests players could in engage in. Outside of the main story players had the options of partaking in side quests such as: Duels Of 100, Pits of 100 Trials, Piccolo and Flipside Arcade.

The gameplay, graphics and storyline were all strong positives of Super Paper Mario; along with the fact that it managed to reach over 4.2 million copies in sales on the Wii console. Despite, being a unique RPG title for the Wii console the game was overshadowed by various other video games that appeared on that game system during the late 2000’s. Its shocking that Super Paper Mario was never re-released for the Switch console especially considering how successful it was following its release. Either way, Super Paper Mario is considered to be an RPG-platform classic and is definitely underrated.