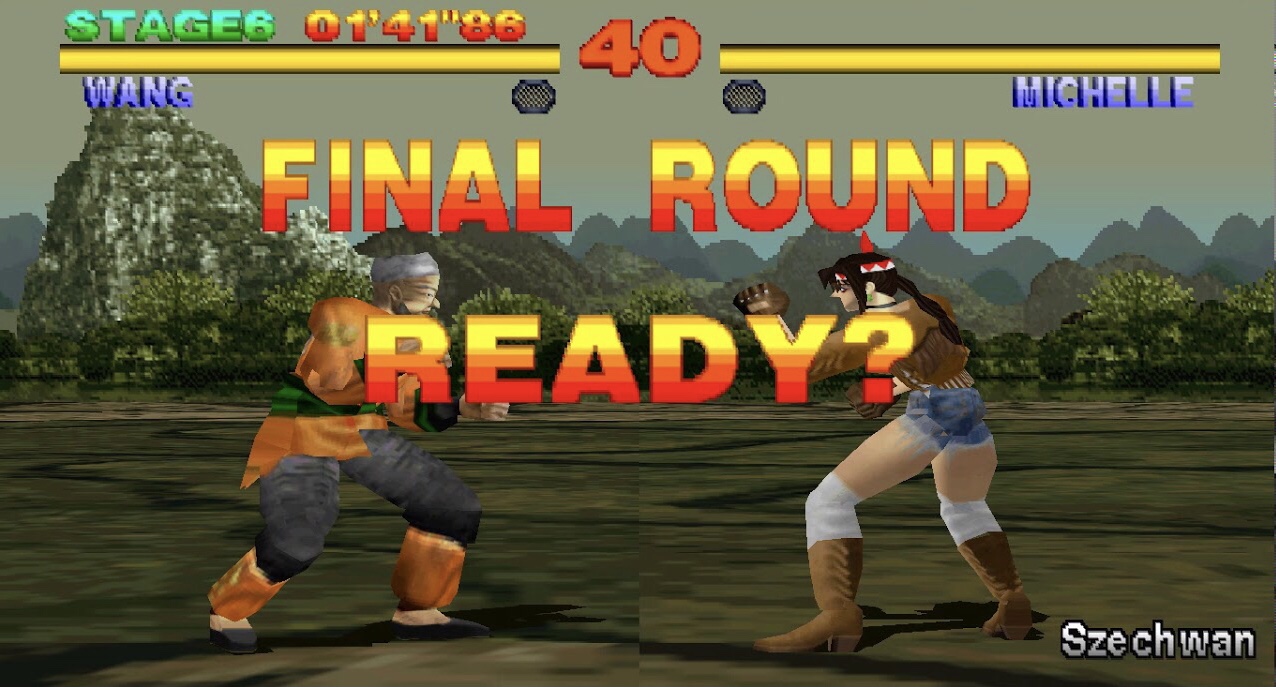 The original Tekken game from ‘94 is considered to be legendary considering the fact that it managed to evolve into a highly successful fighting franchise within the past 27 years or so. The first Tekken game was released in arcade centers worldwide in December 1994 before it was ported to the PS1 console in Japan and America during 1995. Despite, the fact that the original Tekken game was not as popular in comparison to its predecessors it was still a groundbreaking 3D title by mid 90’s standards. The first Tekken game came out during a time period where the landscape of gaming was evolving with players showing more interest in 3D gaming over 2D sprites and graphics. Tekken was probably the first major 3D fighting title from the mid 00’s that was a huge success on a mainstream level along with Virtua Fighter from 1993. The story for the original Tekken game revolved mainly around the conflict between Kazuya and Heihachi Mishima. While Heihachi Mishima attempted to test Kazuya’s strength by throwing off a cliff during his childhood; Kazuya eventually grow up to become more powerful mainly due to the Devil Gene which he acquired after receiving a huge scar on his chest.

Eventually, Kazuya does gain revenge on Heihachi Mishima and the feud between the two is something that eventually continues in sequels following the original Tekken game. Even though, the graphics in the original Tekken game paled in comparison to its 90’s predecessors it was still a very fun game to play in arcade centers back in the day. The original Tekken is very special since it featured the video game debuts of popular characters such as: Nina Williams, Paul Phoenix, Michelle Chang, Marshal Law, Kazuya Mishima and Heihachi Mishima. The arcade version of Tekken included a variety of sub-bosses including Anna Williams, Prototype Jack, Kuma, Wang Jinrei, Devil Kazuya and Ganryu that players had to battle within who non-playable characters. The sub-bosses in the arcade version of Tekken along with Heihachi Mishima were not playable characters until the game was port for the PS1 during 1995. The original Tekken is often seen as a first generation fighting title which contributed to the overall popularity of genre itself as it related to 3D gaming throughout the second half of the 90’s. Despite, how critically acclaimed the original Tekken game was it was never remastered which is something fans of the series are baffled by. Its quite possible that the original Tekken game was overshadowed by the third major installment within series from ‘97-‘98; which ended up reaching over 8 million in sales worldwide on the PS1.