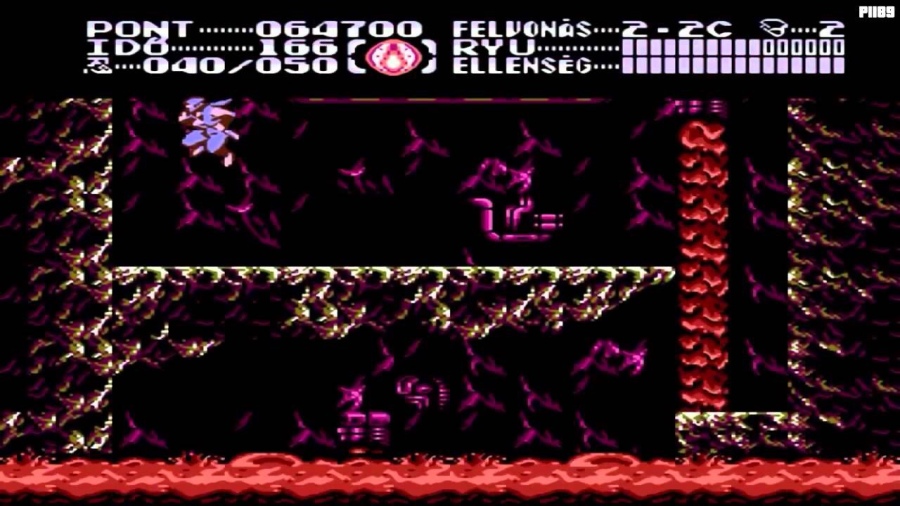 The Ninja Gaiden series is considered to be legendary by many people and its been around since the 80’s during the NES era of gaming. Even though, some of the best Ninja Gaiden titles within the series did not come until the 00’s; there were installments such as NGIII: Ancient Ship Of Doom from ’91 that some people were quite fond of back in the day. While Ninja Gaiden III: Ancient Of Doom was praised by various gaming publications for its gameplay, plot, storyline and visuals; it was considered to be an absurdly difficult platform title for the NES. While there have been some notoriously challenging NES games from the 80’s-early 90’s; Ninja Gaiden III: Ancient Ship Of Doom was almost like the equivalent of Mega Man III in terms of difficulty. While Act 1 is considered to be generally easy in terms of difficulty the whole game becomes increasingly difficult. In fact, NGIII: Ancient Ship Of Doom becomes noticeably harder by the time players reach Act 3. Not only did players have to utilize more strategic methods in order to complete Act 3; but the boss in Act 3 was arguably one of the toughest bosses in the entire game. 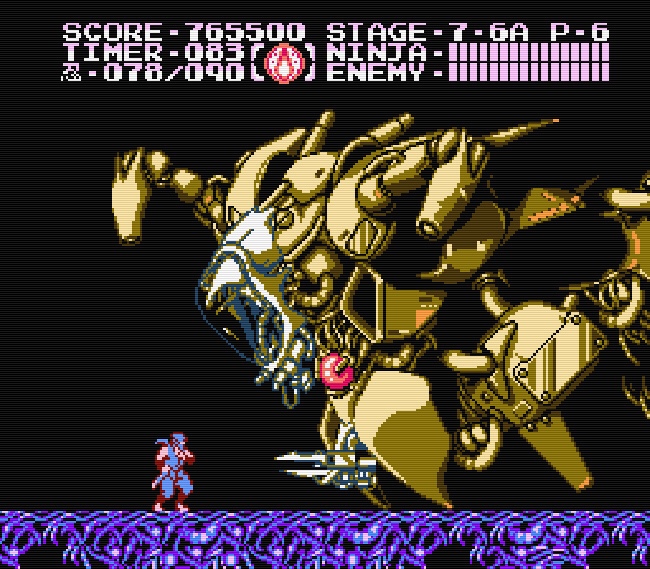 While NGIII for the NES was arguably less difficult than the first two installments for the 8-bit console; it still required trial and error scenarios in the form of dying on various levels in order to complete the game. Also, the plot for Ancient Ship Of Doom was both dark & intriguing and focused on recurring main protagonist Ryu Hayabusa. In Ancient Ship Of Doom Ryu has to clear his name after being framed for the alleged murder of CIA agent and girlfriend Irene Lew. The storyline for Ninja Gaiden III from ’91 saw some interesting twists and shocking revelations that added to the game’s overall quality. After Irene’s murder players eventually discover that a doppelgänger clone of Ryu was responsible for framing him. Players eventually learn that Irene was still alive around same time they battle the Ryu bio-noid clone for a second time. Eventually, players learn that scientist known as H.P. Clancy who is the main antagonist has sinister intentions involving genocide. Clancy had intended on using the energy of a super-dimensional warship to wipe out as many humans as possible to create a new world order. The other main villain who was the Head of the CIA Auxiliary Unit name Foster had eventually died; after he was double-crossed by his partner in crime Clancy. Foster’s body was destroyed after he attempted to follow Clancy through a portal; after it was revealed that the Castle Rock Fortress was an inter-dimensional ship. Ninja Gaiden III for the NES was a great platformer but unfortunately was not one of the more memorable entries within the series. While the overall difficultly of Ninja Gaiden III from ’91 was ridiculous even for a NES title; the challenge itself along with all the other features of the game added to its replay value.