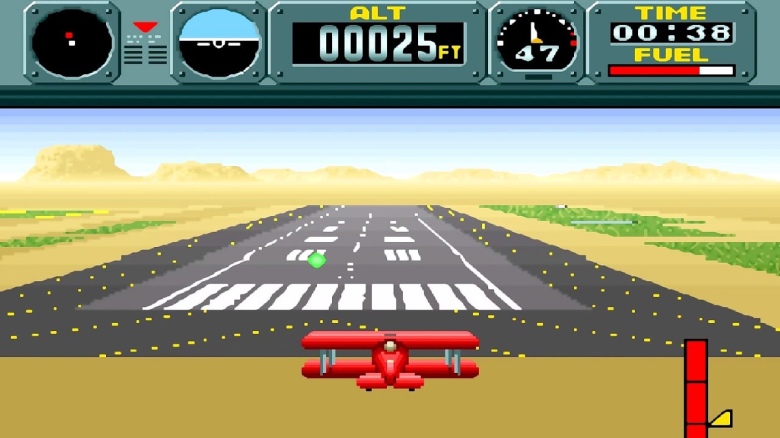 When it comes down to underrated and overlooked games that appeared on the SNES console back in the early 90’s one of the few titles that comes to mind is Pilotwings. For those who do not know Pilotwings was classified as a amateur flight simulation genre game and was produced by Shigeru Miyamoto. The original Pilotwings game was unlike anything that people had ever seen for any game console back in the early 90’s. In terms of gameplay and visuals it looked very unique for a 16-bit game on a console such as the SNES. Pilotwings saw players take part in various aerial related activities including skydiving, hand gliding and light plane flight; while trying to earn their licenses in those areas the process. Pilotwings was a game where players got to see the true potential of Mode 7 as it pertains to the SNES console. In fact, Pilotwings was probably one of the most realistic looking Mode 7 games that Nintendo had ever produced for the SNES. While the Star Fox game from ’93 was arguably the best Mode 7 related game for the SNES; Pilotwings could possibly be considered a close second or third for being the best Mode 7 related game for the SNES.

The whole “Flight Club” experience in Pilotwings not only allowed players to earn various licenses; but it also allowed players get better after receiving feedback from instructors after completing various objectives. The game becomes more interesting after players earn their licenses as they learn about kidnapped instructors that need to be rescued. Players much use their aerial abilities to rescue kidnapped instructors in a fictional place called Izanu Island after an agent of Flight Club managed to infiltrate an enemy base. The cool thing about the gameplay in Pilotwings was the fact that players could keep track of their altitude in each activity their participated in. Also, on the corner right hand side of the screen players could keep track of their time as they complete each objective. Since memory cards did not exist for the SNES players were able to save their progress by writing down passwords after completing certain objectives. Pilotwings may not have been the most popular SNES game of the early 90’s; but its also a title that is hard to find at used video game stores today and is probably worth a decent amount of money online.