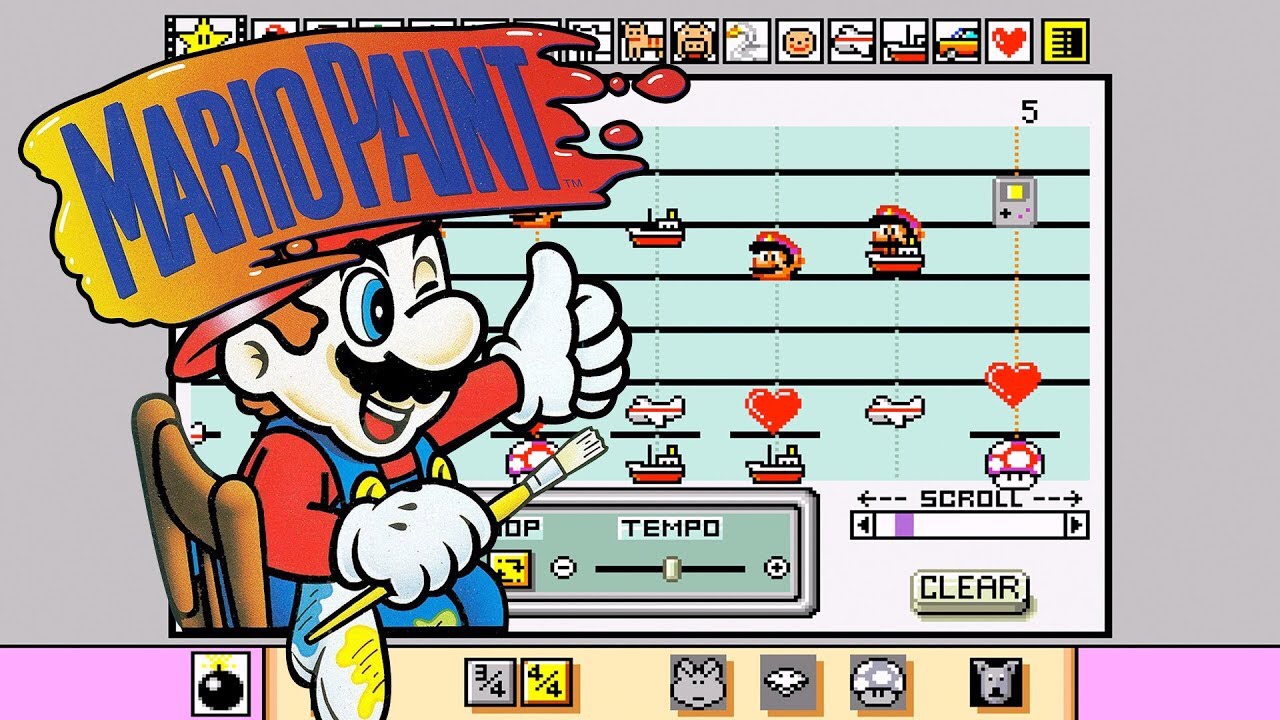 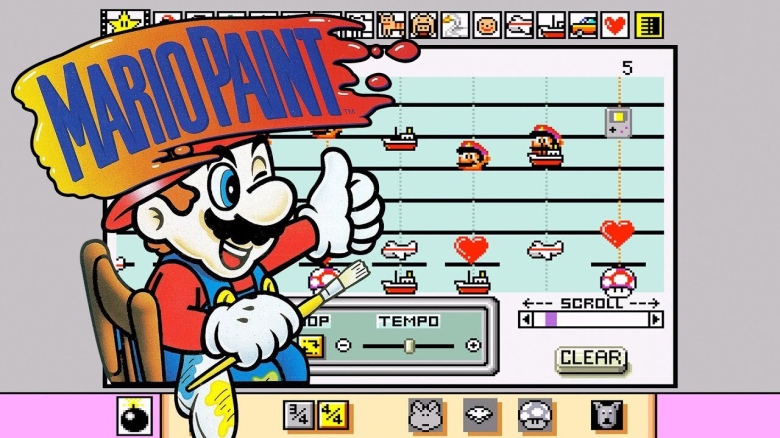 When we think about SNES games that were both very different and unique as relates to the early 90’s Mario Paint from 1992 is a title that instantly comes to mind. For those who do know Mario Paint was basically a single-player art tool game that allowed players to engage in a variety of activities. The creation of custom stamps by utilizing pixels was something special because was something that people hardly saw in Super NES titles back in the early 90’s let alone a Mario game. Also, the endless fly swatting game with three looping levels and a final boss was one that seemed like it did not belong in a Mario game at all. But considering the fact that Mario Paint was not your typical platform title the fly swatting mini-game made players feel as if they were playing a non-Mario game and was interesting in that respect. One of the main features that Mario Paint has to offer as far as gameplay was concerned was the the music generator. For those who were very creative and were fond of composing music in some way Mario Paint has provided talented individuals to make their own songs using 16-bit sounds.

The music generator feature in Mario Paint is one that has remained popular since the early 90’s and people have often used it within the 10’s decade to remake famous songs from the past couple of decades on the internet. As popular as Mario Paint was back in the early 90’s the game never received a direct sequel for Super Nintendo, N64 it GameCube which was something that was always questionable. Some people find it bizarre that Nintendo never created another art-tool based Mario game since ’92. In fact, following the release of Mario Paint during the Summer of ’92 the game was critically acclaimed and received praise from various publications. Mario Paint was unlike anything that the world had every seen on the Super NES and it was something that was never seen on consoles like the Sega Genesis which made it so special.