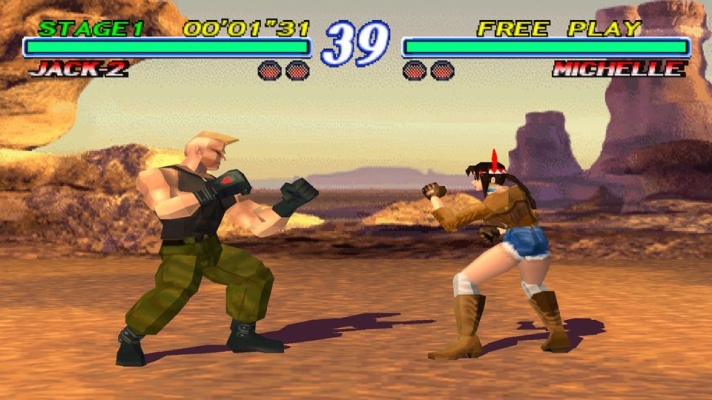 When we think about arcade classics within the fighting genre that were popular during the 90’s there various titles that comes to mind including the Street Fighter, Mortal Kombat, King of Fighters, Tekken and the Soul Calibur series. While the Tekken series was staring to be come big in arcade centers following its release in December ’94 it seemed like the first three titles within the series was more popular on the PS1 than arcade centers especially in America. The soundtracks along with the 3D gameplay and graphics for each Tekken game were very impressive during the mid to late 90’s. However, many people would argue that the original Soul Calibur game from ’98 had more superior visuals than the first three Tekken titles. Also, it seemed like the gameplay for Soul Caliber 1 was more faced paced than the three Tekken games.

The Soul series had introduced iconic characters such as Sophita, Ivy, Nightmare and Siegfried and others. While Tekken has its fair share of top characters such as Nina Williams, Heihachi Mishimaand Kazuya Mishima there are many people who would be inclined to agree that the series as a whole was bigger than Soul Calibur in general during the 90’s and the 00’s. While Tekken 2 was critically acclaimed following its release and was seen as the best 3D fighting of ’96 by gaming entities such as GamePro and Electronic Gaming Monthly. Also, Sony’s PS1 was more successful than Sega’s Dreamcast console was during the late 90’s; there is almost no question that Tekken 2 was more successful than Soul Calibur was during the late 90’s.