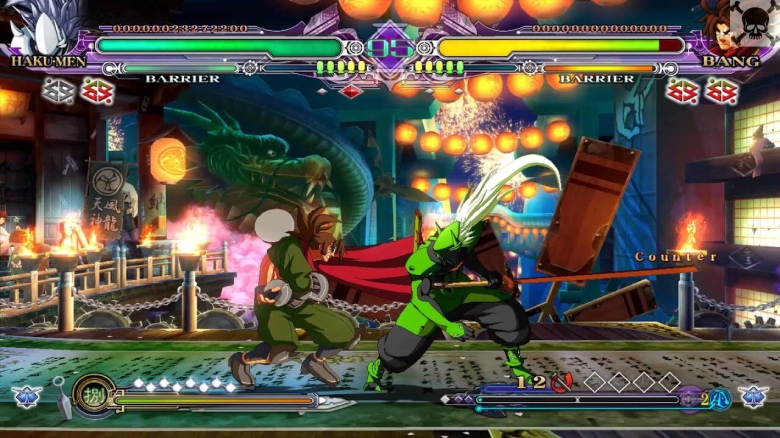 As many people are awareness BlazBlue series began in ’08 following the release of the Calamity Trigger game for the PS3 and the Xbox 360. The original BlazBlue game was one that received positive reviews from various gaming publications in areas relating to its gameplay along with the art style that was utilized. Unfortunately, BlazBlue: Calamity Trigger was a fighting title that was overshadowed by the likes of Street Fighter IV which was also released in ’08 for the PS3 along with the Xbox 360. In terms of popularity BlazBlue was not a mainstream attraction like Street Fighter IV but it was still impressive enough to have its own sequel the following year in 2009. BlazBlue: Continuum Shift was released exclusively during ’09 in arcade centers before appearing on the PS3 & Xbox 360 during the summer of 2010. To the delight of many people the plot of BlazBlue: Continuum Shift followed the events of Calamity Trigger. Also, BlazBlue: Continuum Shift had seen the returns of the twelve main characters that appeared in the ’08 prequel as well. Playable characters in BlazBlue: Continuum Shift featured the likes of Hazama, Lambda, Makoto Nanaya, Relius Clover, Valkenhayn R. Hellsing, Mu-12 and others.