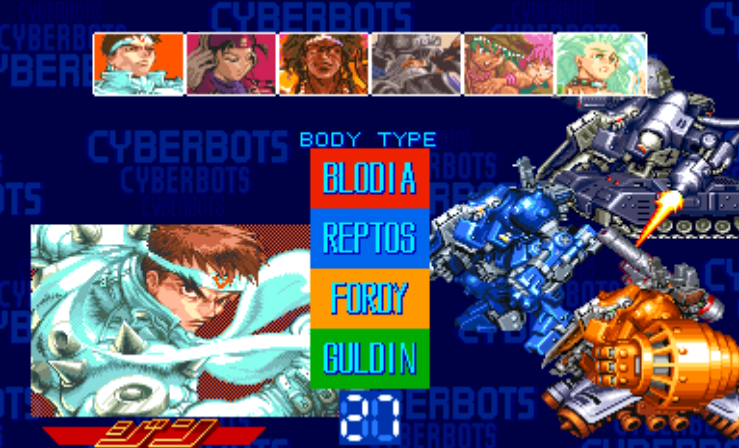 Similar to the likes of the Street Fighter Alpha games players had a gauge that allowed them to perform “Super Specials” once they were full. One of the things that stood out the most with Cyberbots: Full Metal Madness was the use of mechas during combat; especially since it felt similar to that of of Gundam Wing: Endless Duel from ’96 for the SNES but slightly more advanced to a degree. As a fighting game Cyberbots: Full Metal Madness could of been more popular than it was if the title was released a few years earlier in arcade centers. By the late 90’s 2D head to head fighting games were beginning to decline in popularity in favor of 3D titles. However, Full Metal Madness was popular enough to a point where Capcom added one of the main characters Jin Satome to their Marvel vs Capcom arcade game back in 1998. While Cyberbots: Full Metal Madness did give off Gundam vibes and looked unique in terms of presentation; the idea of mechas and giant robots battling one another in a science fiction anime/video game was more appealing in the mid 80’s-early 90’s time period.