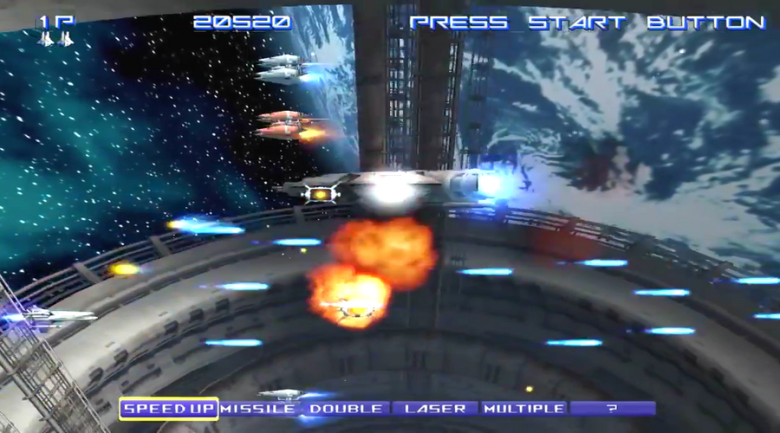 As many people know the R-Type series has been around since the the late 80’s when it first appeared in Japanese arcade centers back in the Summer of 1987. The series arguably peaked in popularity during the late 80’s-early 90’s when the 2D side scrolling shooter genre was still big. To some people it was a bit surprising that 2D side scrolling shooter titles were being developed: especially for consoles such as the PS2 where the main focus was on3D gaming. R-Type Final was developed by Irem with the Japanese version of the game being published by the same company as well. R-Type Final was released as a PS2 exclusive and was arguably one of the most high profile game within the series as it relates to the 00’s decade. Despite, R-Type final not being among the very best installments within the series it still managed to get fairly positive reviews from critics in general. The soundtrack for various stages within R-Type Final added to the serious and somewhat dark atmosphere of the game. Also, the visuals for R-Type Final looked very impressive by ’03 standards especially since there were not too many games like from that particular time period.

The game focused on the aftermath of the series of wars against the main villain of the R-Type series Bydo. Throughout, R-Type Final players have to investigate by performing research throughout each level; following the mysterious crash on a space colony. R-Type Final has provided players with the opportunity to take multiple routes within the game that lead to different outcomes. One outcome lead to players sacrificing their ship to destroy Bydo while the other two lead to a confrontation with former allies or against an onslaught of enemy forces. The multiple endings contributed to the overall replay value of R-Type Final despite the decline of the side scrolling shooter genre of gaming around the early 00’s.