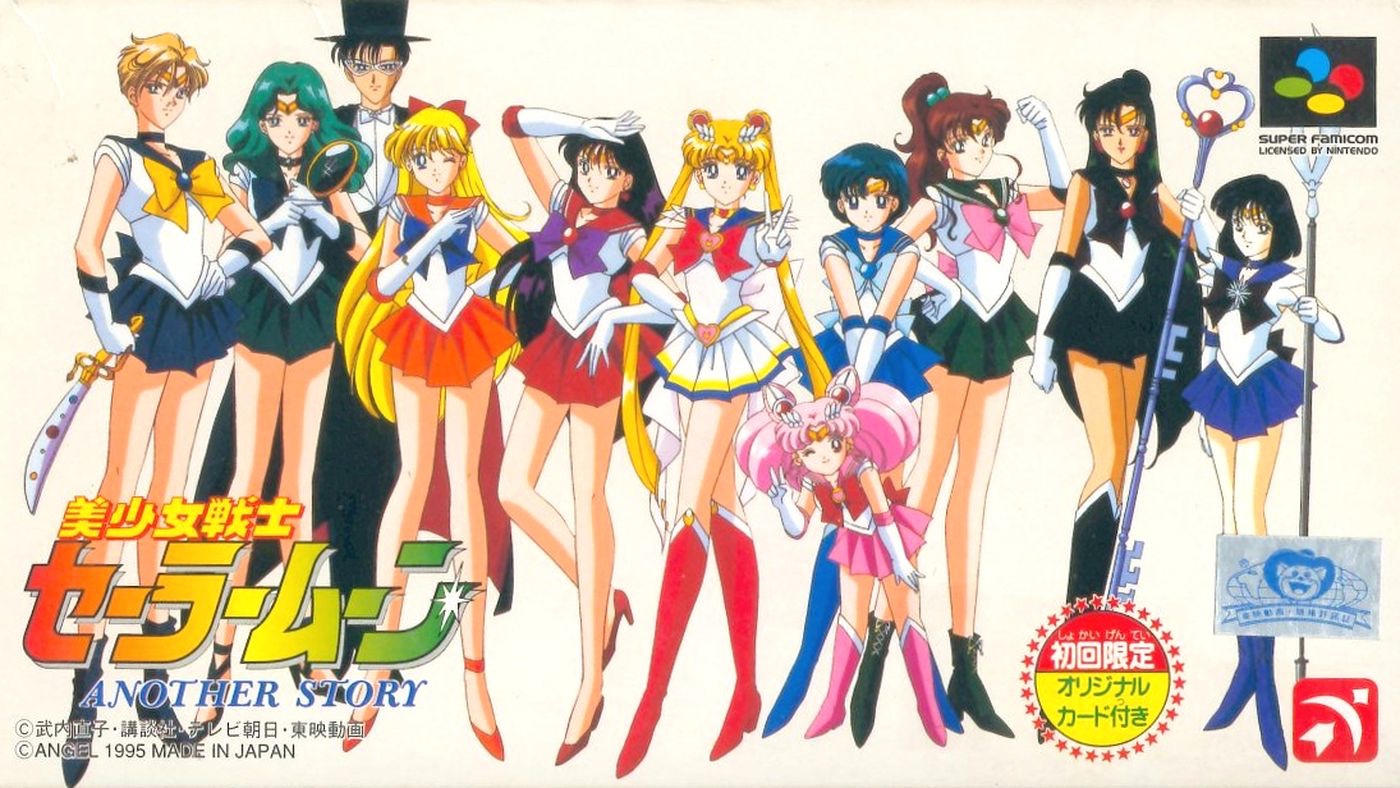 When we think about classic JRPG’s from the 16-bit era of gaming from the early 90’s various titles instantly comes to mind for those who are retro gamers. During the early to mid 90’s memorable JRPG gems had emerged such Secret Of Mana, Seiken Densetsu 3, Chrono Trigger, Earthbound Super Mario RPG, Final Fantasy IV-VI and others were considered to be popular titles that are still talked about to this day. While a majority of the titles just mentioned eventually made it to America back in the 90’s there were titles such as Bishoujo Senshi Sailor Moon: Another Story that remained Japanese exclusives which makes are retro gamers question why it was never released in the US. For those who do not know Bishoujo Senshi Sailor Moon: Another Story was developed by Arc System Works and developed by Angel and was released as a SNES exclusive back in 1995. Sailor Moon: Another Story was a single-player JRPG that gave people the option of controlling any of the Sailor Scouts that they want to while leveling them up throughout the game.

This game featured the Inner Senshi characters such as Sailor Moon, Mini Moon, Venus, Mercury, Mars, Jupiter and the Outer Senshi Sailor Uranus, Neptune, Saturn and Pluto as they attempt to defeat the main villain who is a sorceress known as Apsu from the 30th Century. As far as the plot for Sailor Moon: Another Story was concerned its was rather intriguing especially since emphasis was placed on time travel. Also, Apsu managed to assemble a group of warriors named Sin, Ishtar, Nabu, Nargel and Marduk known as the Opposito Solders who are supposed to be villainous counterparts of the Inner Senshi. In this game Apsu plans of altering the events of the past in order to make her mission of retrieving the Silver Crystal that much easier in the 30 century. In addition, to receiving new antagonists within the Sailor Moon series some the main villains from the first three story arcs reappear such as Queen Beryl, Black Lady, Mistress 9, Rubeus, Esmeraude and others who American fans were probably more familiar with by ’97-’98. In fact, Sailor Moon: Another Story was released in late ’95 the same year that the fourth season of the series known as Super S first aired.

As far as the game itself is concerned Sailor Moon: Another Story has nice graphics, impressive level designs along with mini-puzzle games and artificial intelligence that would force players to develop creative strategies on how to defeat their opponents. Each character had their signature attacks from the manga/television series along with HP (health points) and rechargeable EP (energy points) before battling various monsters and bosses throughout the game. Sailor Moon: Another Story also had interesting dialogue between characters along with multiple endings depending on what level players complete it on. While its unclear on how successful Sailor Moon: Another Story was in Japan in relation to sales many people often wonder successful this game would have been in America between ’95-96. Considering how popular the Sailor Moon series was during the mid 90’s after appearing on Fox Kids and Toonami this JRPG could have ended becoming an attraction on the PS1 considering that fact that the Super NES was starting to become old by 1995. Some fans would argue that the story for this game was arguably better than the Sailor Moon: Super S television series and deserved a non-canon movie release. Either, way Bishoujo Sailor Moon: Another Story is considered to be an underrated JRPG from the mid 90’s and is possibly the best game from the series in general.