This Street Fighter game was the first of three in the Alpha series that was originally released in 1995.   This game had made astounding improvements on both their graphics and gameplay following the release of Super Street Fighter II: Turbo in 1994.  However, there were noticeable changes made in Street Fighter Alpha included the addition of brand new features that made the game more exciting.  The super moves in this game are more powerful than ever and players are allowed to execute chain combos, alpha counters and many more.  Players are also allowed to execute super moves without having to completely fill up their super meter which was something that could not be done in Super Street Fighter II: Turbo. 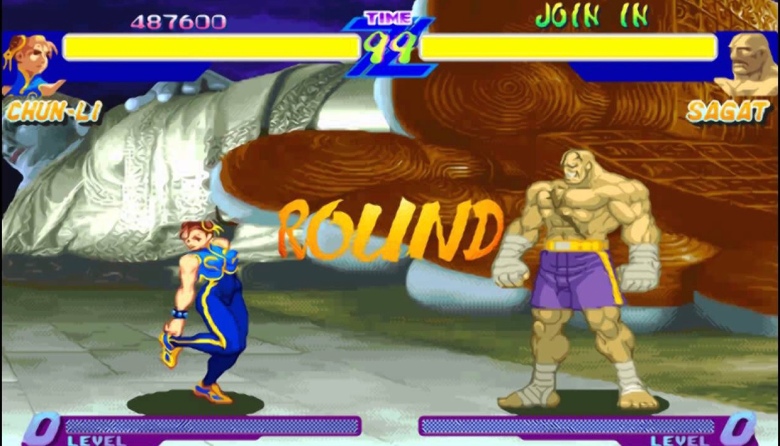 This game had also seen the exclusion of several characters from the Street Fighter II series along with the addition of new ones.  Street Fighter Alpha had saw the introduction of characters such as: Birdie, Charlie, Guy, Rose, and Dan Hibiki who was a hidden character.  This title had also featured the return of Akuma from Super Street Fighter II: Turbo but only as a hidden character.  The cool thing about this game is that one does not have to beat the game to unlock either character but rather follow a certain sequence on the character select screen in order to choose them.  Trying to choose either character is tough because one has to be precise one how they execute the sequence or they will be unable to select either Akuma or Dan.

Along with the inclusion of brand new stages the game featured very good soundtrack for each character which contributes to the replay value for this title.  Shortly after its release Street Fighter Alpha Warrior Dreams was praised by critics and gamers alike for its innovative gameplay.  This game was highly rated by various gaming magazines including Electronic Gaming Monthly, GamePro,  PlayStation Magazine.  Even though, many people remember the first Street Fighter Alpha as a very fun classic title as the series progressed games would only get better over time.