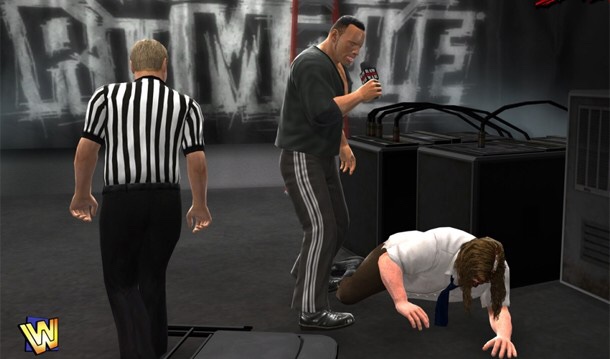 As many people know the WWE 2K series has been around since the early 10’s and since then the installment from ‘12; remains one of the more popular entries from the 10’s decade. In October 2012, Yuke’s & THQ released WWE 13 which was the direct sequel to WWE 12 from 2011. Not only did WWE 13 include the biggest stars from the company’s 2012 roster but it also had a special campaign mode which heavily focused on the events from the legendary Attitude Era from the late 90’s. The gameplay in WWE 13 felt pretty similar to that of WWE 12 and we saw the return of popular features including Universe Mode. Players could utilize customize old school arenas and create their own matches while watching CPU generated feuds play out within Universe Mode. The Attitude Era campaign was very nostalgic for older fans of pro wrestling; since it allowed players to revisit some the most iconic storylines from the ‘97-‘99 time period. The Attitude Era campaign from WWE 13 featured chapters such as: Austin 3:16, The Rise of D-X, The Great One, The Brothers Of Destruction and Mankind. Each chapter in the Attitude Era campaign mode featured famous television matches which included objective players had to complete before finishing them.

Outside of the campaign mode in WWE 13 players could compete in various match types in Exhibition mode including Single, Tag-Team, Ladder, Cage, Hell in a Cell, King of The Ring and many more. The roster for WWE 13 was stacked and included popular stars such as: CM Punk, John Cena, Triple H, Brock Lesnar Daniel Bryan and others. The Attitude Era roster consisted of legends such as: Stone Cold Steve Austin, The Rock, Undertaker, Mankind, Kane, Shawn Michaels, Chris Jericho, Bret Hart and more. Also, players had the ability to unlock hidden attires, arenas and characters within the game which added to the overall replay value of WWE 13. The were arguably more positives in WWE 13 than there was in the game’s predecessor from 2011.

The campaign mode in WWE 13 was almost twice is better than the one from WWE 12 since it reflected storylines that took place in real life. Also, the inclusion of branching storylines in WWE 13’s Universe Mode was also interesting even though it rarely occurred; which was seen as a let down in the eyes of many people. Being able to mix and match top stars from the Attitude & PG Eras was cool and allowed players to create dream matches they have always wanted to see. WWE 13 was definitely one of the better 2K installments that Yuke’s & THQ had created in the 10’s decade along with 2K14 which was released the following year in 2013.