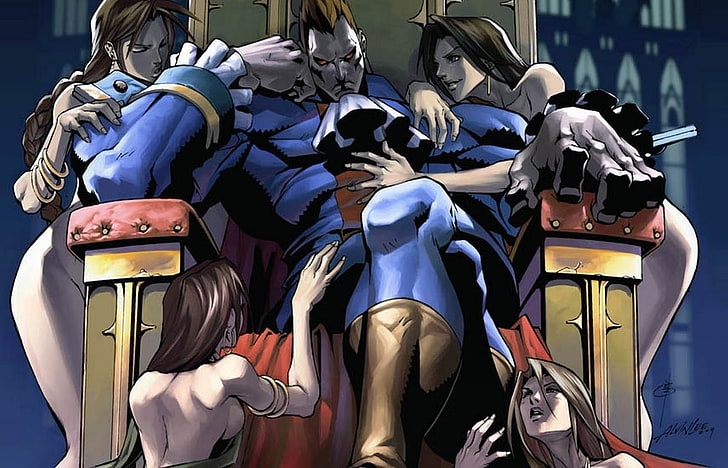 As many people know the DarkStalker’s series has been around since ’94 when the Night Warriors game first appeared worldwide in arcade centers. The gameplay for the Night Warriors game was very appealing and felt similar to Street Fighter but with darker and morbid characters. There were various characters including the likes of Morrigan Aesland, Felicia, Dimitri along with Donovan who were all unique and had edgy personas. Almost all the primary characters in DarkStalkers were either anti-heroes or villains who either looked abnormal or demonic which was something that immediately stood out to casual gamers. During the mid 90’s the DarkStalkers series was popular for a brief period of time with games appearing for PS1, Sega Saturn as well as arcade centers between ’94-’97. In fact, DarkStalkers 3 was the last major entry within the series that received some type of mainstream attention before DarkStalkers Resurrection came out in 2013. Since then, the gaming world has never seen another major entry within the DarkStalker’s series which gives everyone the idea that Capcom no longer cares about it. However, over the past few years in various gaming forums and chat sites people showed their interest in potentially seeing the release of a DarkStalkers 4.

Back 90’s the trilogy DarkStalkers games all received good reviews with the third game arguably being the weakest entry within the series. Also, the DarkStalkers series was popular enough to have a brief four-episode OVA anime series which premiered in March 1997. The DarkStalkers series did not reach the same level of popularity of Capcom’ Street Fighter franchise which was very hot during 90’s. However, the video games within the DarkStalkers series were just as good the Street Fighter titles from the 90’s; possibly with the exception of Alpha 3 from ’98. Also, there is no question that the DarkStalkers OVA anime series by Madhouse Studios was far better than what InVision Entertainment gave us with Street Fighter on the USA Network. It would be a understatement to say that DarkStalkers was overshadowed within the fighting genre of gaming by the likes of Street Fighter & Mortal Kombat during the 90’s. The DarkStalkers series was not around long enough for western fans in America to become obsessed it. But there are popular characters from DarkStalkers including Morrigan Aesland, Hsien-Ko and Felicia who have kept the series somewhat alive by their appearances in other Capcom games over the years. A DarkStalkers 4 release would be very intriguing & surprising since its been approximately 23 years since the release of the third main entry from 1997. The inclusion of familiar faces with new characters, robust gameplay and a brand new storyline would definitely be worth the wait in relation to a potential DarkStalkers 4 game.