There are many games that the world is looking forward to seeing this upcoming year and one of them so happens to be a 16-bit RPG Chained Echoes. For those who do not know Chained Echoes is game created by video game developer Matthias Linda who began working on it about two and a half years ago. Chained Echoes will be published by Deck 13 the same video game company that worked on titles such as Crosscode from ’18 along with the Surge set from 2017 onwards. One of the coolest things about Chained Echoes are the graphics especially considering the fact that it looks very similar to something you would see on the SNES back in the early 90’s. It’s also been said that the soundtrack for Chained Echoes is inspired by music scores from popular RPG’s that appeared on 32-bit PSX from the mid to late 90’s. Chained Echoes will be a fantasy based RPG that will feature turn-based battles against enemies within real-time along with a robust skill & equipment system. Players can also engage in other activities such as customizing their own airship in addition to looting & crafting discovered items as they progress throughout the game. 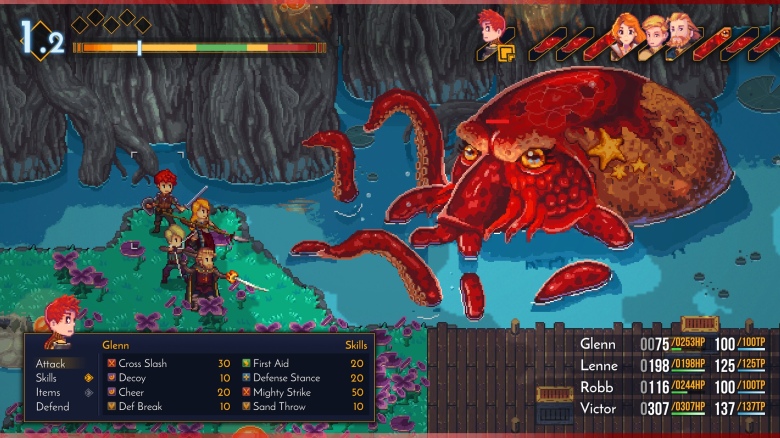 As it currently stands Chained Echoes is expected to appear on multiple game systems including the Nintendo Switch, PlayStation 4, Microsoft Windows and MacOS. The official release date for Chained Echoes has yet to be revealed but it has been confirmed that it will be sometime in September 2021. Chained Echoes seems like a more fast-paced RPG than popular titles from the early 90’s affiliated with that genre which will definitely contribute to the game’s overall appeal. Also, despite turn-based RPG’s not being quite as popular as action role playing games Chained Echoes still has the potential to be a huge attraction within its genre during 2021. The inclusion of mini-games and world maps to help navigate travel are also interesting features within Chained Echoes that will add to overall gaming experience. Even though, players are expected to gain anywhere between 20-25 hours of gameplay out of Chained Echoes it still looks like a very enjoyable 16-bit JRPG in general.