When it comes down to some of the most popular pro wrestling games of all-time Smackdown vs Raw 2011 may not be in everyone’s top ten list; but there is no question that SvR 2011 was without a doubt one of the best pro wrestling video games of the 10’s decade. In fact, Smackdown vs Raw 2010 was the final entry within the SvR series before the WWE 2K series began in 2011. Smackdown vs Raw 2011 was published by THQ the same company that took the same role with a majority of WWE games since ’00 and was released back in 2010. As far as SvR ’11 was concerned critics were fond of the certain features such as graphical improvements over its predecessor along with the inclusion of the brand new “Universe Mode”. The Universe Mode in SvR ’11 allowed players to choose as any character they wanted in pre-set matches while being able to select title holders, create feuds while being able to watch unpredictable cutscenes take place in various matches. Also, in Universe Mode players also got to witness the formation of various alliances & stables by various wrestlers while watching others dissolve which was very intriguing. 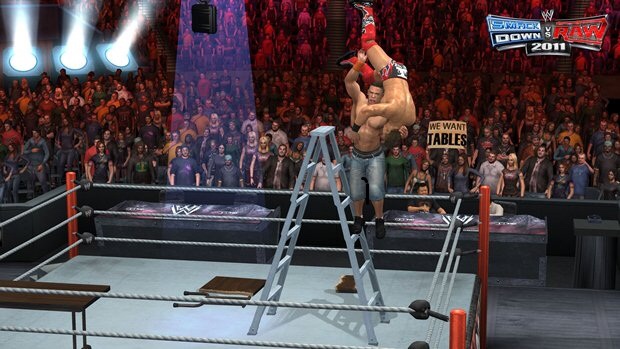 Another, big offline game mode featured in SvR ’11 was Road To Wrestlemania which also appeared in the game’s predecessor SvR ’10 back in 2009. The Road To Wrestlemania mode in SvR ’11 was noticeably different than the one included its previous entries since new features were added. The Road To Wrestlemania mode in SvR ’11 saw players roam around backstage areas with wrestlers such as John Cena, Chris Jericho and Rey Mysterio in order to interact with certain characters progress through the main story along with completing various side quests. Additional offline game modes included were Create-A-SuperStar, Create-A-Finisher and the brand new Match Creator mode making things a little more interesting for those who enjoyed SvR ’10. It was also pretty cool to see the return of Story Designer mode as well along with some new cutscenes opposed to recycling the same animations from SvR ’10. Smackdown vs Raw 2011 also had countless offline match types that players could have with either a friend or the CPU such as single, tag-team, triple threat, fatal 4 way, handicap, six man, royal rumble along with the championship scramble. 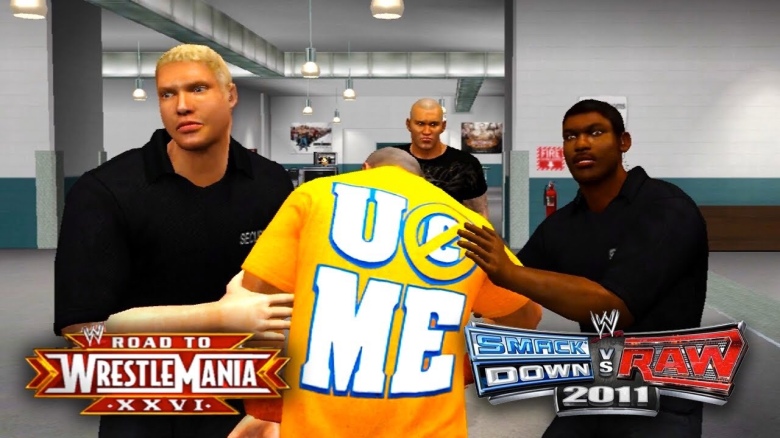 Also, players can choose from a variety of stipulations for their matches including Inferno, Iron Man, Steel Cage, Hell In A Cell, Last Man Standing, Ladder, Backstage Brawl and TLC. The amount of offline gameplay that people could get from SvR ’11 was unbelievable especially considering the fact that online multiplayer gameplay was also included in this game as well. While SvR ’11 might not be a game that appeals to casual fans of pro-wrestling its definitely one that long time followers would appreciate. There many people who wished that the SvR series continued longer than it did especially considering how popular it was during the mid to late 00’s.