When we think about top fighting games that have emerged throughout the 10’s decade titles such as Super Street Fighter IV, Marvel vs Capcom 3, Mortal Kombat IX, Injustice, Soul Calibur IV, Tekken 7 others instantly come to mind since they were all enjoyable titles. During the early part of the 10’s decade the games just mentioned were all remarkable and had replay values that were high while receiving good to average reviews from fans and critics alike. One of the many fighting games from the early 10’s that many people enjoyed was Tecmo Koei’s Dead Or Alive 5 which was developed by Team Ninja and released back in September 2012. Dead Or Alive 5 initially appeared on the PlayStation 3, Xbox 360 and was the highly anticipated sequel of its ’05 predecessor Dead Or Alive 4. Despite, not receiving as much mainstream attention as Capcom’s fighting titles Dead Or Alive 5 was considered to be more superior in terms of gameplay compared to the likes of Super Street Fighter IV or Street Fighter X Tekken. Also, Dead Or Alive 5 had a healthy balance of game modes as it relates to offline/online gameplay. 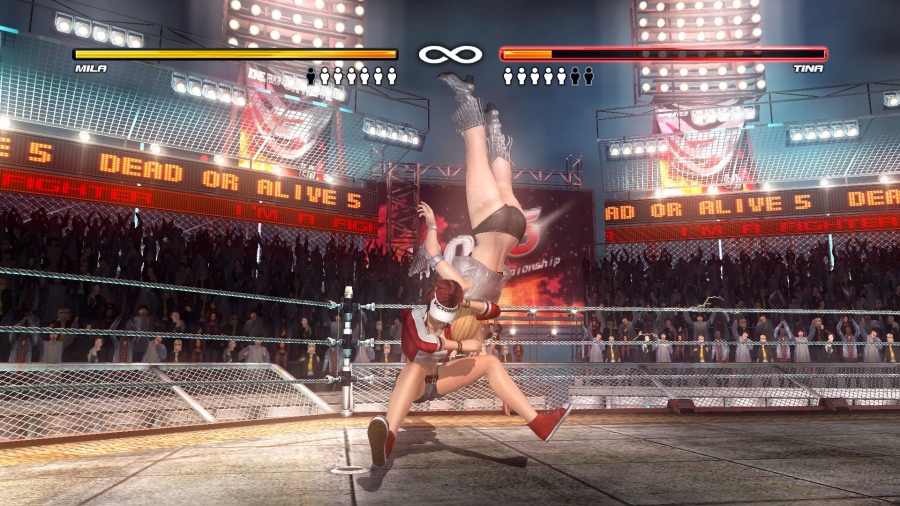 Dead Or Alive 5 included offline modes such as Story, Arcade, Survival and Time Attack. Players also had the opportunity to partake in online gameplay were they can participate in lobby and ranked matches with other competitors around the world. When playing online people could create and host tournaments that could include up to sixteen different people. The training mode in Dead Or Alive 5 was more superior than its predecessor since new features such as Online Dojo was introduced. In Online Dojo players had the opportunity to spar with other players online during training which was something that was not too common in fighting games back in day. The Spectator mode which allowed players to watch their fights back back felt like an added bonus to Dead Or Alive 5. The gameplay in Dead Or Alive 5 was also very impressive with the inclusion of new mechanics which made the battles feel more realistic. The “Power Blow” attacks along with the “Cliffhanger” sequences added more life Dead Or Alive 5 and made the fights seem more epic than that of DOA 4.

The retention of tag battles and the inclusion of other fighting features such as “Critical Stuns” and “Critical Combos” were features contributed to the overall appeal of Dead Or Alive 5; making it one of the most enjoyable titles within its genre back in the early 10’s. Since 2012 Dead Or Alive 5 has been re-released multiple times due to its level of popularity amongst gamers. Dead Or Alive 5 was ported to the PlayStation Vita as “Dead Or Alive Plus” while an updated version of the game DOA 5: Ultimate appeared in the PlayStation 3 & Xbox 360. We finally ended up getting Dead Or Alive 5: Last Round in 2015 for the PS4 & Xbox One which was without a doubt the best version of the game. While Dead Or Alive 6 which recently came out back in January 2019 is quite impressive some might argue that DOA 5 was a stronger entry overall. The inclusion of DLC characters like SNK’s Mai Shiranui In DOA 5 was like cherry on top of the cake for the game making for a memorable fighting title as it pertains to the 10’s decade.