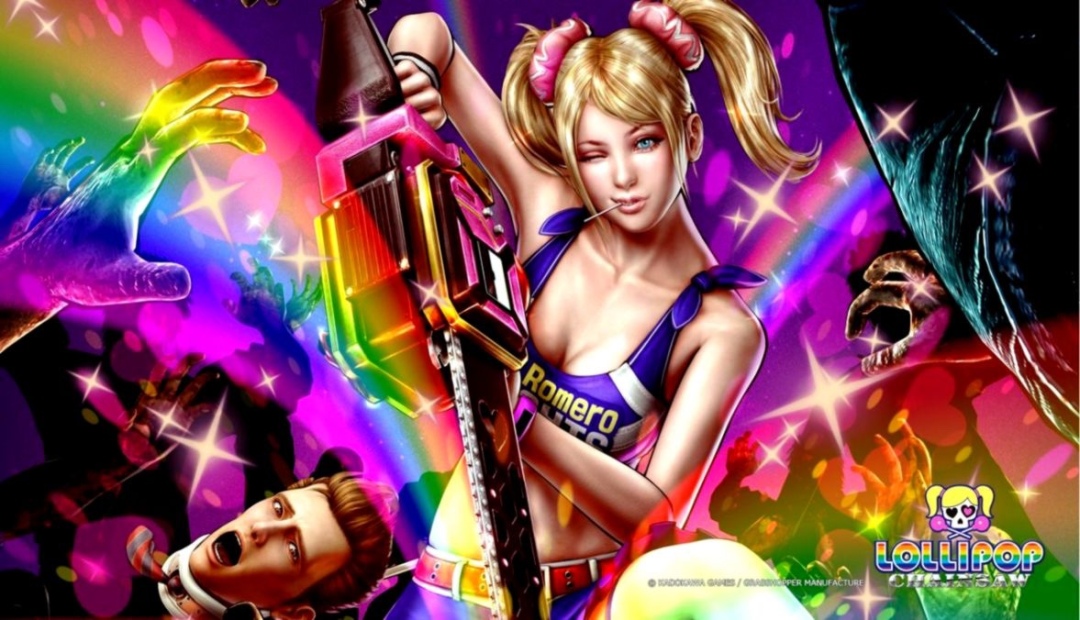 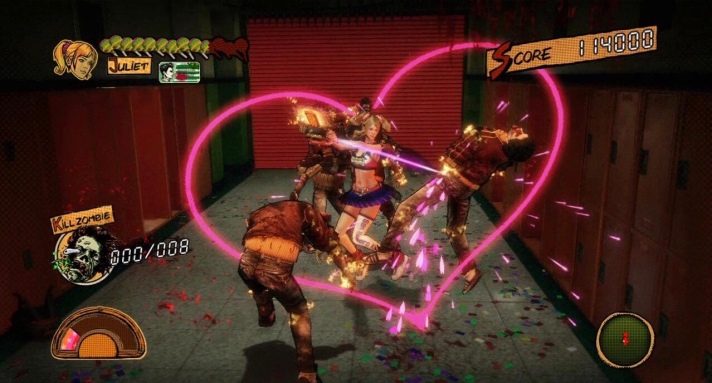 When it comes down to older action based hack and slash games from the late 00’s-early 10’s titles such as Bayonetta, No More Heroes 2, Darksiders along with God Of War 3 comes to many people’s minds in relation to that particular genre. The titles just mentioned were all big attractions for older generation consoles between the late 00’s-early 10’s such as PlayStation 3, Xbox 360 and the Nintendo Wii. Which the hack n slash genre of gaming was not as pop as first and third person shooters fans and critics alike were fond of certain games from that genre back in the day. One of the few action-based hack n slash games that came out back in the early 10’s that has been seeming forgotten since its release was Chainsaw Lollipop from June 2012. For those who many have missed it Chainsaw Lollipop was developed by Grasshopper Manufacture the same company that worked on the No More Heroes series since 2007. Also, Chainsaw Lollipop was published by worldwide Warner Bros Interactive Entertainment before while Kadokawa Games took that same role Japan. The storyline for Chainsaw Lollipop was interesting especially since it took elements science-fiction and mixed it with something that has been a recurring issue especially in American society in relation to grade school which is bullying. In this game players control the main protagonist who is a cheerleader from San Romero High School and a cheerleader/zombie hunter named Juliet Starling as she fights of hordes of undead creatures during a zombie apocalypse on her 18th birthday.

The plot is both bizarre and intriguing as players discover that one of the key antagonists of the game is a gothic outcast by the name of Swan. It turns out that Swan is the one behind the zombie apocalypse and its mainly due to how he has been mistreated and bullied by almost everyone at San Romero High School. Ironically, Juliet was not among any of the students who mistreated Swan and while he began to develop romantic feelings towards her she eventually found another love interest. While Juliet falls for a jock at San Romero High School School it drives Swan insane especially considering the fact that jocks were the biggest bullies of them all. These events lead Swan to use his expert knowledge of Necromancy perform a ritual to summon the “Zombie of Zombies” and the final boss in Chainsaw Lollipop known as Killabilly from the Rotten World. Throughout the game players had to destroy various enemies and bosses using Juliet Starling’s athletic abilities and along with her custom chainsaw. 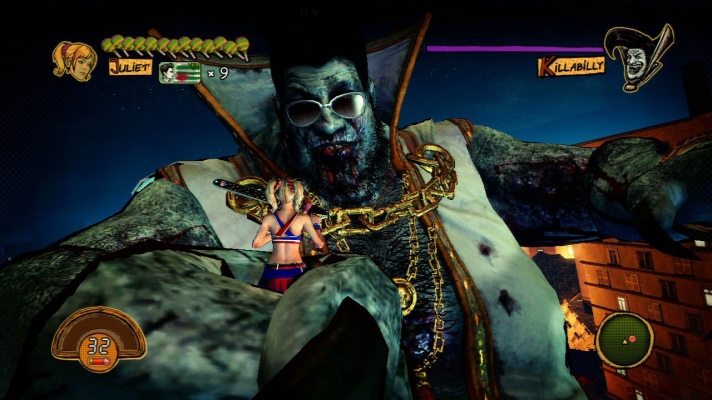 Players encounter bosses with the likes of Zed, Mariska, Vikkie, Lewis Legend, Josey with Killabilly arguably being the toughest one of them all. The visuals for Lollipop Chainsaw looked very impressive mainly since the game utilized the Unreal Engine 3 for the PlayStation 3 & Xbox 360. The gameplay for Chainsaw Lollipop was pretty solid and there was a fair amount of creativity that went into its development. Players were allowed to earn gold & platinum medals by engaging in activities such rescuing classmates and destroying enemies. The medals collected could be used to unlock new moves and attires for Juliet Starling in addition to obtain artwork and music in relation to the game itself. The health bar meter players are given can be replenished by collecting lollipops throughout the game. Also, Nick who Juliet saves from becoming a zombie by cutting of his head and using a magic ritual on him to maintain his life had health bar as well.

The plot for Chainsaw Lollipop took a interesting twist when Juliet learned that the zombie overlords that she battled were all allowed to perish so Killabilly could make his return to earth. Along with the comic-book like art style and the gameplay mechanics included in Chainsaw Lollipop the storytelling aspect of the game was surprisingly interesting. While the Chainsaw Lollipop mainly received a mixed reception from critics it was still a pretty fun action based hack n slash title. While the presentation of Chainsaw Lollipop can easily draw the attention of casual gamers who are huge fans of the hack n slash genre some would argue that minor improvements to the gameplay could have made. However, since Lollipop Chainsaw came out during a time period where 3D action hack n slash games were popular and never officially developed into a series it’s considered to be a memorable gem for the PS3 & Xbox 360 from the early 10’s.