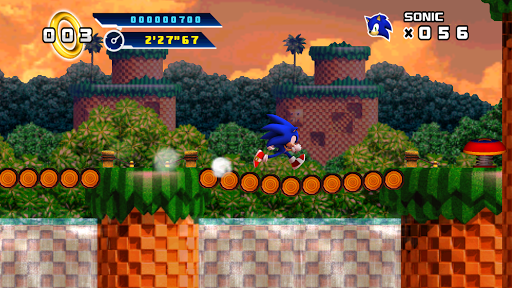 As far as memorable Sonic games are concerned in relation to the 10’s decade one of the titles that some people might remember is Sonic The Hedgehog 4 from 2010. Before Sonic the Hedgehog 4 was released in 2010 many people were hyped for it and had high expectations especially considering the fact that it was considered to be the direct sequel to Sonic 3/Sonic & Knuckles from 1994. Unlike Sonic 3/Knuckles the game utilized 3D visuals with 2D gameplay but it was something that seemed unique at the time especially since it mixed elements of both retro and modern gaming. Sonic The Hedgehog was developed by Dimps and Sonic Team and published by Sega and was released for various game consoles including the PlayStation 3, Xbox 360, Nintendo Wii and multiple mobile platform between 2010 2013. In the first episode of Sonic the Hedgehog 4 people were thrilled to see Dr. Eggman as the main antagonist while players tried to stop his plans as Sonic.

However, some people were not to happy about the fact that Sonic was the only playable character. Also, Sonic the Hedgehog 4 was not nearly as popular as its predecessor Sonic 3 and retro gamers would sometimes criticize it for its absence of 16-bit gameplay. Since the first three Sonic games from the early 90’s were all 16-bit on the Sega Genesis there were fans who were longing for a sequel that followed that same formula. Despite, not being as popular as Sonic 3 there were many people who believed that Sonic the Hedgehog 4 was a solid platformer and it eventually got a sequel in 2012. While Sonic the Hedgehog 4: Episode I may not have her the best entry within the series it was still arguably better than a majority of 3D Sonic titles from the 00’s following Sonic Adventure 2 from 2001.