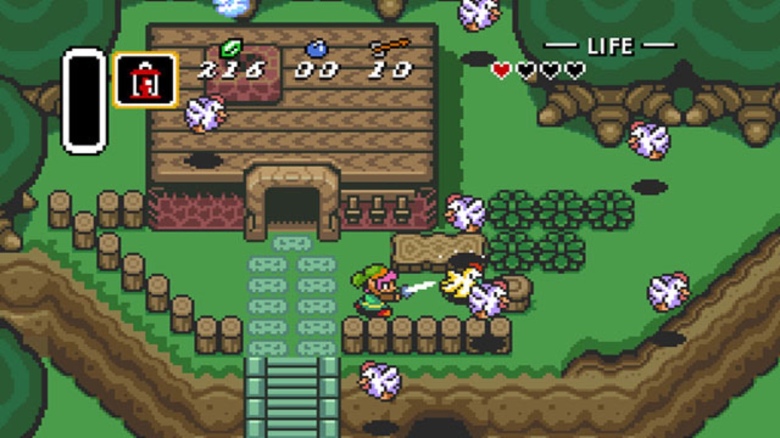 When we think about two of the top Zelda games that came out back in the 90’s both Link to the Past along with Ocarina of Time are generally the main ones that instantly comes to mind. In terms of which game was more successful overall really depends on who you ask and what one looks for in an action-adventure video game. For those who are fans of highly refined 2D visuals and sprites of the 16-bit era Link to the Past would probably be the better game. After all, SNES console from 1990 was arguably more popular than the Nintendo 64 which came out in 1996. Also, the SNES ended up selling over 49 million units worldwide while the Nintendo 64 only reached approximately 33 million since its release. In fact, The Legend of Zelda: Link to the Past ended up reach over 4.6 million copies in worldwide sales since ’93 and eventually became the seventh best selling game on the SNES.

While Link to the Past is considered to be a 16-bit gem from the 90’s many would definitely make the argument that Ocarina of Time was a more superior game. Ever since 1998 Ocarina Of Time has been widely regarded as arguably the best Zelda game ever made. Not only was Ocarina of Time the first 3D Zelda title ever made it had so many features such as the option to partake in side quests along with music based puzzle games with the introduction of the Z-targeting gaming mechanic which can be used to easily defeat enemies. Since its release back in November ’98 Ocarina of Time has managed to reach over 7.6 million copies in sales and is even seen as a better game than the likes of Legend of Zelda: The Wind Waker (2001) and Twilight Princess (2006). In terms of which game was better of the two many would probably argue in favor of Zelda: Ocarina of Time over Link to the Past.