There definitely some cool video games within the racing genre such as Team Sonic Racing that will be released very soon which has many people excited. Along with the likes of Trials Racing and Dirt 2.0 which came out back in March 2019 another racing title is set to be released on a home based game console this upcoming month in May. It has been confirmed that Redout Racing a game co-published by 34BigThings, 505 Games and Nicalis which was initially released for Microsoft Windows and OS X back in 2016 will now appear on the Nintendo Switch on May 14th. Even though, Redout Racing was ported for the PlayStation 4 & Xbox One during 2017 the game was by the likes Gran Turismo Sport along Forza Motorsport 7. 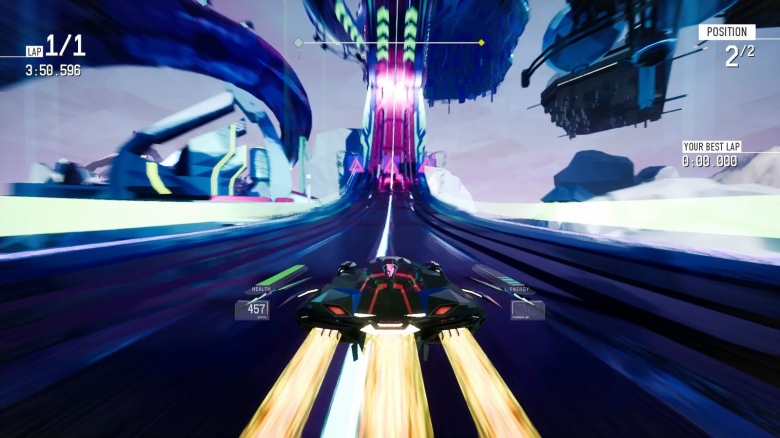 If anything Redout Racing could definitely shine more on the Nintendo Switch especially it looks somewhat similar to Fast RMX which was released exclusively for the Switch in 2017. Redout Racing has amazing visuals thanks to the Unreal Engine 4 and has online multiplayer gameplay that can support up to twelve players as far as lobbies are concerned. The setting for Redout Racing is set in the futuristic time period of 2560 and is reminiscent of the F-Zero series as far as stage designs are concerned. This game presents players with seven different teams with each one having four different ships that included various attributes such as acceleration, top speed, grip, energy recharge speed, etc. Along with having five plus racing tracks along with seven of them being DLC there are various game options such as boss mode that will keep players busy and grab their attention as they indulge in this futuristic racing title. It will be interesting to see how popular Redout Racing will become following its upcoming release on the Switch console on May 14th.