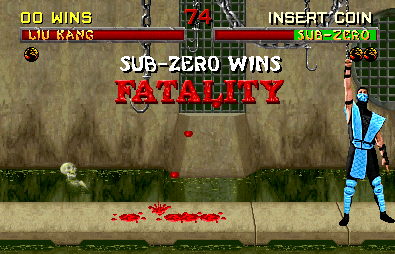 While SNK’s King of Fighters ’98 game was a huge attraction in arcade centers in the late 90’s it was something that really stood out especially since 3D fighting games started to become more popular during that time period. Between ’98-’00 titles such as Tekken 3, Mortal Kombat 4 along with Soul Calibur were grabbing the attention of people in arcade centers; as a 2D fighting title similar to the likes of Marvel vs Capcom: Clash of the Super Heroes KOF ’98 was one of the best that we have seen during that time period. However, if we were to talk which game was popular at its peak following their respective releases many would have to go with Mortal Kombat II over KOF ’98 as a more popular game. While Mortal Kombat II was a more popular game following its release in terms of quality KOF ’98 was definitely superior in relation to gameplay and graphics overall.