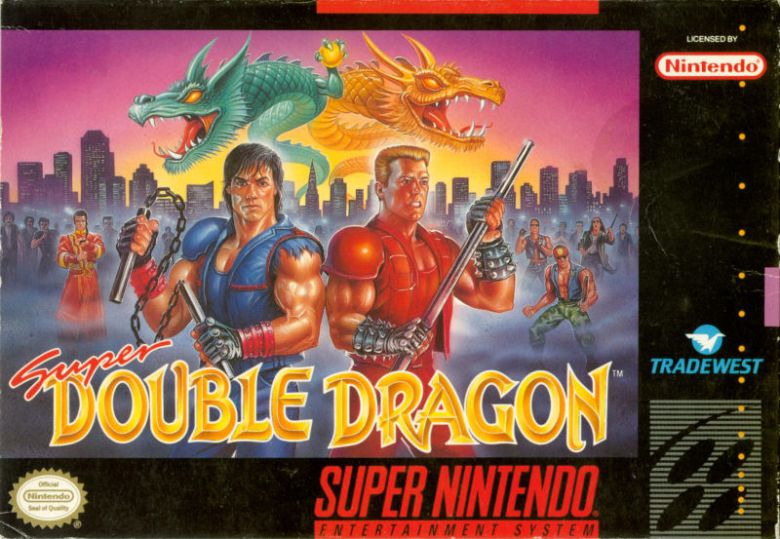 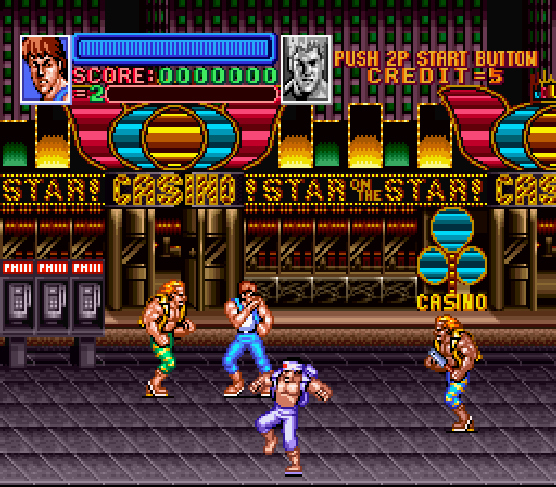 Super Double Dragon had presented players with a more challenging set of opponents than some of the other games since they were very skilled at blocking among other fighting tactics.  This game also had some unique soundtracks including the theme songs for Stages 1 & 3.  The fourth stage of this game is very exciting since players are forced to battle with numerous enemies on top of  truck before transitioning into the next part of the stage.  Some people would look at Super Double Dragon as a generic beat em up game while others would argue that in terms of gameplay would be considered one of the best in the series.  In terms of musical composition Kazunaka Yamane did a great job creating soundtracks that blended well with each level; both Atsuyushi Nishizawa and Muneki Ebinuma did an excellent job designing this underrated classic.  This leaves some people who are fans of the Double Dragon series to wonder whether or not this game will ever receive a remake.