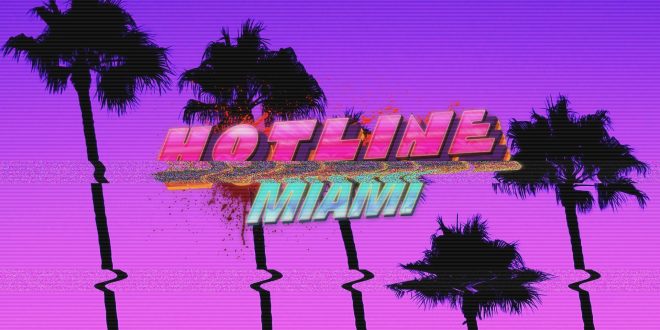 The early 2010’s was an great time to be alive especially if you were a gamer because there were countless video games from a variety of developers that appeared on multiple game systems. During the late 00’s-early 10’s the first person shooter, action-adventure and the MMORPG genre began to increase in popularity; which caused developers to make video games within those genres in order to earn profits. However, there were games like Hotline Miami which were different because it was a 2D top-down shooter game created by Dennaton Games. The overall art design of Hotline Miami was pretty fascinating and looked explicit for a video game for a 2D video game. The storyline for Hotline Miami takes place in ’89 where characters controlled a mute protagonist who was tasked with eliminating the Russian mafia. Players carry out countless assassinations after receiving cryptic messages on an answering machine as they explore through roughly around 20 different levels. The action in Hotline Miami is fast-paced and players quickly become desensitized by the excessive violence in relation to the blood and gore. While Hotline Miami is considered to be an addictive top down shooter game one of the most common complaints about the game its difficulty.

There are some people who begin to struggle in Hotline Miami by the time they reach the third level with the difficulty increasing throughout the game. Also, the fact Hotline Miami features occasional boss battles in certain levels does not help players either especially if they are beginners. Despite being a massive commercial flop while failing to break 500K in overall sales Hotline Miami is still one of those games that highly appealed to a niche audience of gamers a decade ago. In fact, Hotline Miami became somewhat of a cult classic and managed to spawn a sequel in 2015. Despite, the two Hotline Miami titles not becoming commercial successes there are many people who are still waiting for a Hotline Miami 3. If the publisher ever decides to create a Hotline Miami 3 they should make it a Steam exclusive; especially since indie games tend to standout more on PC then it does on actual game systems. Hotline Miami kinda felt like the first two Grand Theft Auto games from the late 90’s but with more violence. If there is ever a Hotline Miami 3 the creators should follow in the footsteps of GTA series and make the third installment a 3D title.