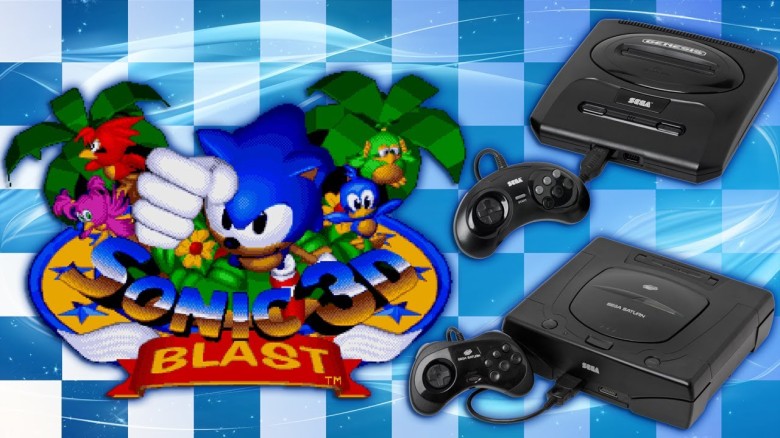 The Sonic the Hedgehog is probably one of the most iconic names in the realm of platform gaming.  Since its inception in the early 90’s Sonic the Hedgehog has found ways to make platform gaming more innovate with its fast paced gameplay, fantastic level designs, and memorable soundtracks.  Most of these qualities were seen in many of the 2D Sonic games and as time progressed Sega wanted to take everything that was exciting about the older Sega Genesis titles and convert them into 3D.  Sega came as close as they possible could with realistic design when they released Sonic 3D Blast in 1996.  Some people know that prior to the release of Sonic 3D Blast another title known as Sonic Xtreme was suppose to make its debut in late 1996.  However, Sonic Xtreme was cancelled due to developmental issue and we got 3D Blast instead. 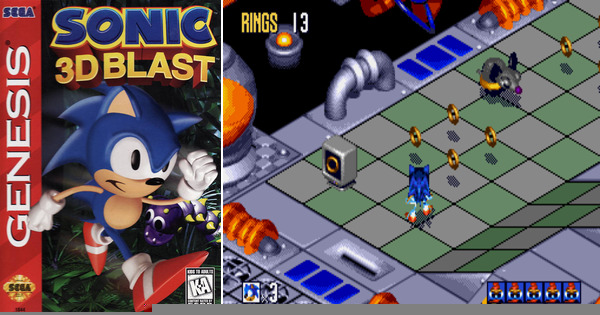 Similar to the previous 2D Sonic games this game retains specific features that made the older titles popular.  Sonic 3D Blast includes access to special stages where the player has the chance to collect chaos emeralds.  Also, the plot for Sonic 3D Blast is not to different from anything in Sonic I & II.  In the those two games Dr. Robotnik wanted to capture creatures along with using his robot army for the purpose of  collecting the seven chaos emeralds.  In this game Robotnik wanted to collect birds from an alternate dimension known as “flickies” for the purpose of gathering chaos emeralds.  In this game the player controls Sonic the Hedgehog who is responsible for collecting the birds and bringing them to a giant ring  towards the end of each stage for completion.

Some people would argue that 3D blast was difficult because not only did each stage contain three acts but sometimes it was hard to complete a level.  If you to damage from a foe you lost the flickies that were gathered and had to recollect them.  Some people would suggest that it was cool that Sega decided to do something different for Sonic 3D Blast in terms of gameplay.  This title diverted from the 2D side scrolling format that most people are familiar with in favor of pseudo 3D gameplay.  When Sonic 3D Blast made its debut it was released for Sega Genesis, Sega Saturn, and eventually Microsoft Windows.  Years after its release many people have debated on which version of 3D Blast was the best.  GameSpot favored the Sega Saturn version more than the Genesis and while IGN did the opposite.

Even though, Sonic 3D Blast is not as popular as many other games in the series it was unique because the gameplay along with graphics reflected how the gaming industry was changing.  During the mid-90’s video game companies started placing more emphasis on 3D gaming.  Sega took old elements of what made the 2D  Sonic titles popular and mixed them with basic 3D gameplay to create something special.  Opinions about this game might very but it was definitely something that was very creative for its time.