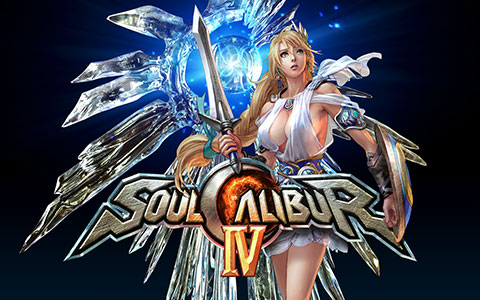 Soul Caliber IV was the long awaited sequel to Soul Calibur III which was developed by Project Soul and released by Namco for PlayStation 3 and Xbox 360 in 2008.  This game had showed a significant amount of improvement from its prequel Soul Calibur III in both gameplay and graphics.  A great feature that was included in Soul Calibur IV included the option of online gameplay which was not available for Soul Calibur III which was released for the PlayStation 2 in 2005.  There were also new game modes added to Soul Calibur that made this title more interesting for many players including “Tower of Souls.”  The Tower of Souls mode allowed players to earn rewards through winning battles.  Soul Calibur IV had also provided players with an enhanced character creation mode that allowed people to customize their own characters. Along with utilizing different weapons and styles of various fighters created characters also have critical finish which was a new element that was added into game.

Another great feature that added to the gameplay included ripped clothing and broken armor when the battles became very intense.  Usually, when one player executes a critical finish on their opponent they can sometimes lose all of their armor instantly which many thought was very cool.  While the improved gameplay & mechanics drew the attention of many gamers the some of the main focus was shifted to the new characters that were included in Soul Calibur IV. This game saw the introduction of a new boss character known as Algol who many people believe is a tough opponent while he is a push over to others.  Another character included in the series is a princess known as Hildegard Von Krone who holds a grudge against Nightmare for attacking her kingdom.  Shortly after her inclusion into the game she had quickly became one of most popular characters in the Soul Series and has been compared to other characters such as Ivy for her beauty and toughness.

This game had also saw the addition of Star Wars characters including Darth Vader, Yoda and the Apprentice also known as “Starkiller.”  Having Star Wars characters in the game was cool but the only catch was that players had to pay a fee to download them from either the PlayStation Network or Xbox Live.  Shortly, after its release Soul Calibur IV was well received by critics and fans alike for its enhanced gameplay and addition of characters that made this title a memorable classic.  Soul Calibur IV was not only praised by various gaming publications but it had also won the award for “Best Fighting Game” at the Spike TV Video Game Awards.  This game was also named the “Best Xbox 360 Fighting Game” by IGN in 2008.  Many people argue that Soul Calibur IV along with Street Fighter IV were two of the best fighting games produced in 2008.  It is also popular believe that both Soul Calibur IV along with Street Fighter IV had contributed to reviving the fighting genre after its decline in popularity in the early to mid 2000’s.  Overall, Soul Calibur IV was one of the best fighting games to be released for the Xbox 360 and while many might argue that its not the best game in the series it still a very fun game to play.