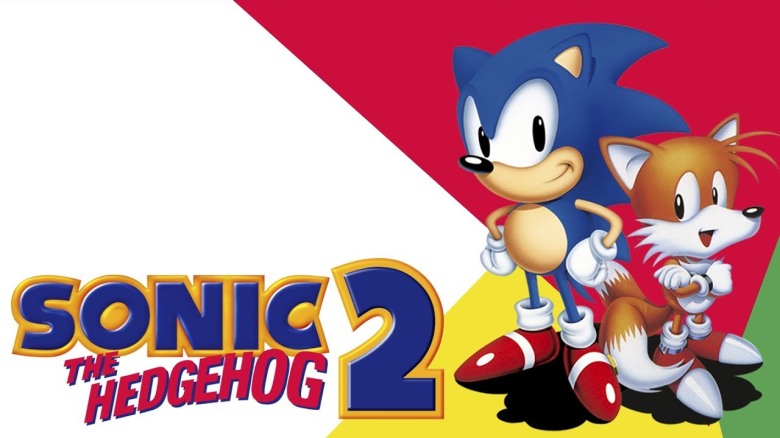 When Sega had released the original Sonic the Hedgehog game in 1991 many gamers were absolutely stunned by its innovate fast paced gameplay.  The adventure & excitement left many people wondering if Sega can produce a  promising sequel to Sonic the Hedgehog that would be just as enjoyable.  This question was answered the following year when Sonic the Hedgehog 2 was released for the Sega Genesis in 1992.  The plot for Sonic the Hedgehog 2 is synonymous with the first game where Sonic mission is to stop Dr. Robotnik from collecting all seven chaos emeralds.   But unlike the first Sonic game Dr. Robotnik had built a space station known as the Death Egg as a part of his plan for world domination.  Also, during this encounter with Dr. Robotnik Sonic is accompanied by a yellow fox named Tails “Miles” Prower who ends being his sidekick and long time best friend.  This game had marked the beginning of one of the most popular dynamic duos in gaming history.  As a team Sonic and Tails were so popular during the early 90’s they eventually were featured on two Television shows known as “The Adventures of Sonic the Hedgehog” and “Sonic SatAM” produced by Dic Entertainment during 1993.  While both shows were very popular among children Sonic the Hedgehog 2 was also a great success which added to the blue hedgehog’s popularity.  Sonic 2  had featured the same fast paced gameplay from its predecessor Sonic the Hedgehog with slight changes such as the creation of a two player mode.  Players can race against each other as Sonic & Tails or help each other beat the game which make boss battles and stage completion much easier. 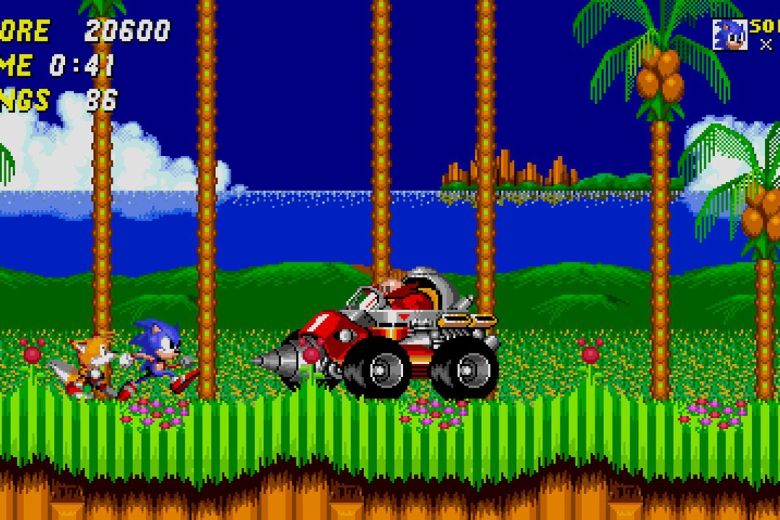 This game also features a great soundtrack along with challenging levels as one progresses through the game.  While the first stage Emerald Hill Zone is simplistic and straightforward the second stage Chemical Plant Zone seemed more challenging than the third stage Aquatic Ruin Zone.  Some gamers would probably agree that Sonic games during the 90s had surprisingly difficult second stages that many people had nightmares about.  However, many of the difficult levels in Sonic the Hedgehog 2 was nothing compared to the Final Boss battle on Death Egg Zone where Dr. Robotnik must be defeated without the use of any rings.   Once someone has completed the entire game they are left with a long lasting feeling of satisfaction along with anticipation of a sequel for this title.  Sonic the Hedgehog 2 had received high praise from both critics and gamers alike.  Many gaming publications including Electronic Gaming Monthly, Eurogamer, Imagine Games Network,  Gamepro, and Gamespot had given Sonic the Hedgehog 2 highly positive reviews.    The title had also received numerous awards from gaming publications for being “Game of the Year.”  During the 16-bit era this game along with others in the series had allowed Sega to compete against Nintendo during the counsel wars in the 90s while providing fans with feelings of anticipation and excitement.  While Sonic the Hedgehog 1 was considered to be a great game both Sega and the Sonic Team had exceeded the expectations of many people around the world with the development of Sonic 2.