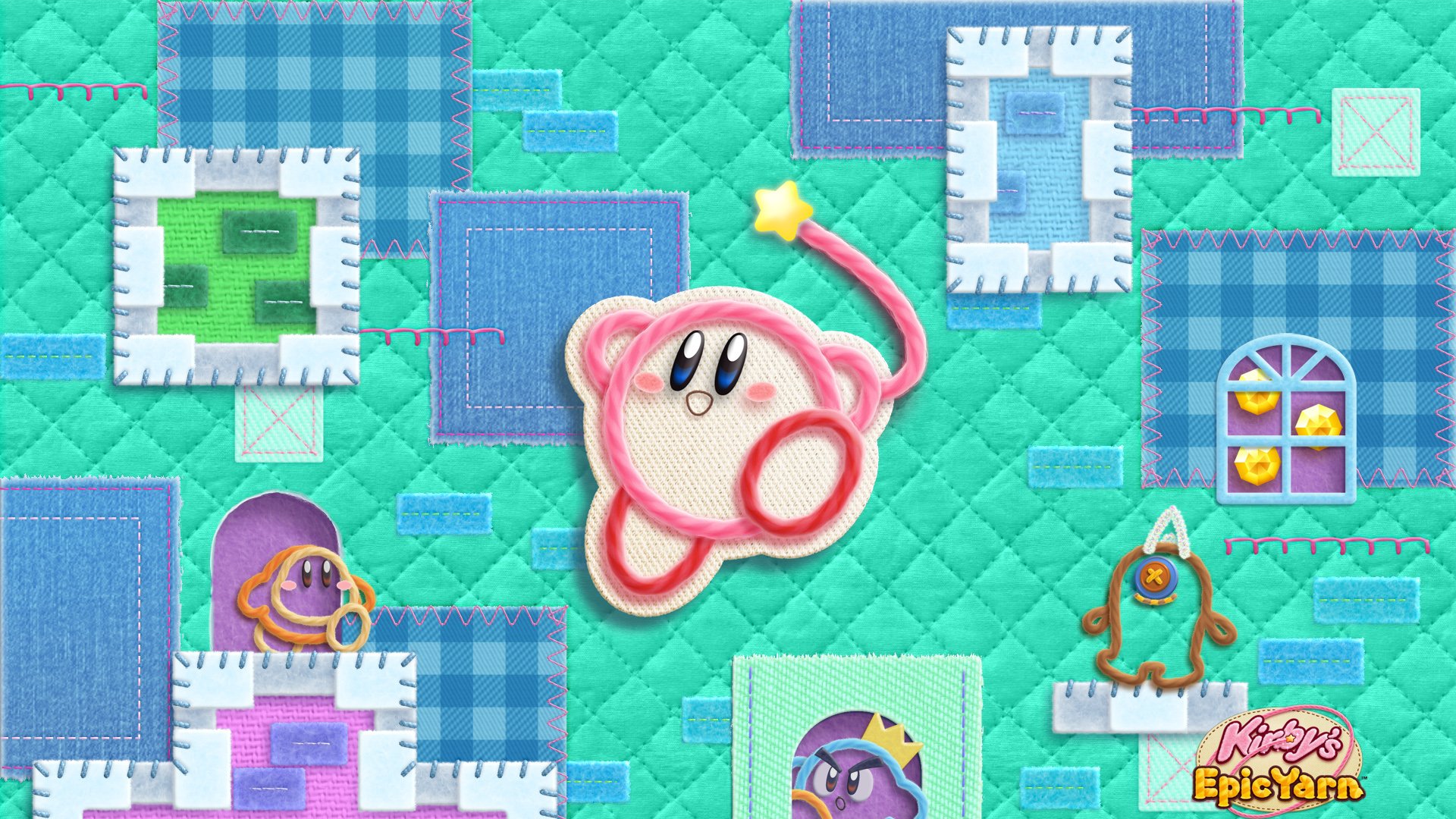 When it comes down to memorable Kirby games from the 10’s decade one of the few titles that many people think about alongside Return to Dreamland and Rainbow Curse is the Epic Yarn title from 2010. Kirby’s Epic Yarn was released for the Wii console in various different countries between ’10-’11 and was a 2D platformer that was co-developed by HAL Laboratory and a private video game company Good-Feel while licensed by Nintendo. The Epic Yarn title was one of the most unique installments to have emerged from the Kirby series due to the overall theme and design of the game which was very different from older entries within the series from the 90’s & 00’s. The character and world designs for this game was brilliant and it was the first time that Nintendo fans had ever seen anything remotely like it within a Kirby game. The fabric and the craft materials utilized for the design of each level was very creative and was obviously designed to cater more towards children opposed to a general audience. The plot for Epic Yarn revolved around Kirby being changed into yarn and sent to the fabricated world of Patch Land; while searching for seven pieces of magic yarn in order to stop the diabolical plans of the main antagonist Yin Yarn. Helping Prince Fluff collect the seven pieces of magic yarn was necessary to stitch Patch Land together and the story mode had eight different worlds that the players had to go through in order to complete the entire game. One of the few things that really stood about Kirby’s Epic Yarn was the fact that Kirby’s staple abilities such as inhaling other enemies and stealing their abilities along with flying were not available in this particular game.

Instead players were challenged to adapt to the brand new gameplay features including in the Epic Yarn game which included morphing into different objects in order to navigate throughout certain parts of the game. As far as story length is concerned Kirby’s Epic Yarn was not considered to be too difficult by many people and could easily be completed in under ten hours. Epic Yarn was considered to be somewhat of a big deal prior to its release because it was first Kirby title to appear on a home console since the Air Ride game from 2003. Throughout’s most of the 00’s decade prior to 2010 Kirby games seeming stood out more in Nintendo’s handheld systems whether it be on the Game Boy Advance or Nintendo DS. There is no questions that games like Kirby and the Amazing Mirror from ’04 is considered to be a more high profile entry within the series than the Epic Yarn game. Despite, the fact that Kirby’s Epic Yarn managed to reach over 1.5 million copies in sales on the Wii console; there is not question that the game was overshadowed by many other big titles on Nintendo’s seventh generation game system. There were games like Super Mario Galaxy 1 & 2, Wii Sports, The Legend of Zelda: Twilight Princess and Metroid 3: Corruption that eclipsed Kirby’s Epic Yarn in terms of popularity. Either way, Kirby’s Epic Yarn was a game that set the blueprint for Yoshi’s Wooly World which came out a few years later on the Wii-U console in 2015. Even though, Epic Yarn is not the most famous Kirby game to have emerged within the past 30 years it was definitely one of the most innovative titles within the entire series.