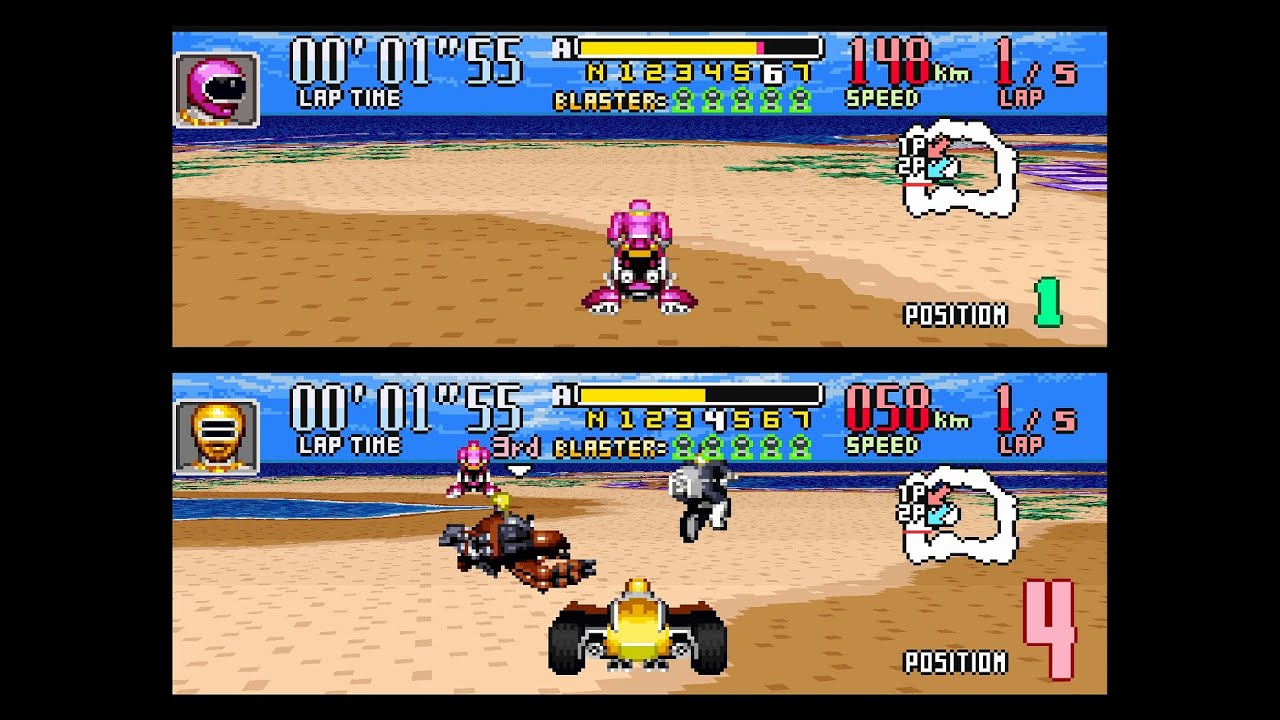 The 90’s was a great time to be alive especially as the world got closer to the start of the the new millennium. During the mid 90’s many people where beginning to turn to 3D gaming as it related to the PS1, Nintendo 64 and arcade titles. However, there were still people around the world who were still playing their SNES back in ’96 and various titles that was released on the console during that time fell under the radar. In ’96 we got to see the release of SNES titles like Super Mario RPG: Legend of the Seven Stars, Donkey Kong Country 3, Street Fighter Alpha 2, Harvest Moon and other titles that were memorable. We also got to see the release of Power Rangers Zeo: Battle Racers for the SNES around the time the television was starting to get hot back in 1996. The gameplay for Power Rangers Zeo: Battle Racers highly resembled that of Super Mario Kart from ’92 but the game itself was not nearly as popular. Players were allowed to choose any ranger they wanted such as the Red, Gold, Blue, Green, Pink and Yellow Ranger along with villainous characters like King Mondo and a Cog foot solider. Each character had their own strengths and weaknesses as it related to stats such as acceleration, speed and grip which made the game slightly more balanced than Super Mario Kart. Unlike, Super Mario Kart the Zeo racing game was published by Bandi America and developed by Natsume opposed to Nintendo and it was not too popular in the USA. The concept of having a Power Rangers Zeo racing game did not make a lot of sense to begin with especially since there was really no story to it. A racing game for Power Rangers Turbo would of made more sense in hindsight since theme of the television show was about cars. After the Power Rangers games from ’95 it felt like nobody really cared about the series too much maybe with the exception of Power Rangers in Space from 1998. Power Rangers Zeo definitely deserved a batter game within the fighting or beat em up genre because this racing title in general felt underwhelming.